What the Taliban crackdown means for crypto’s future in Afghanistan 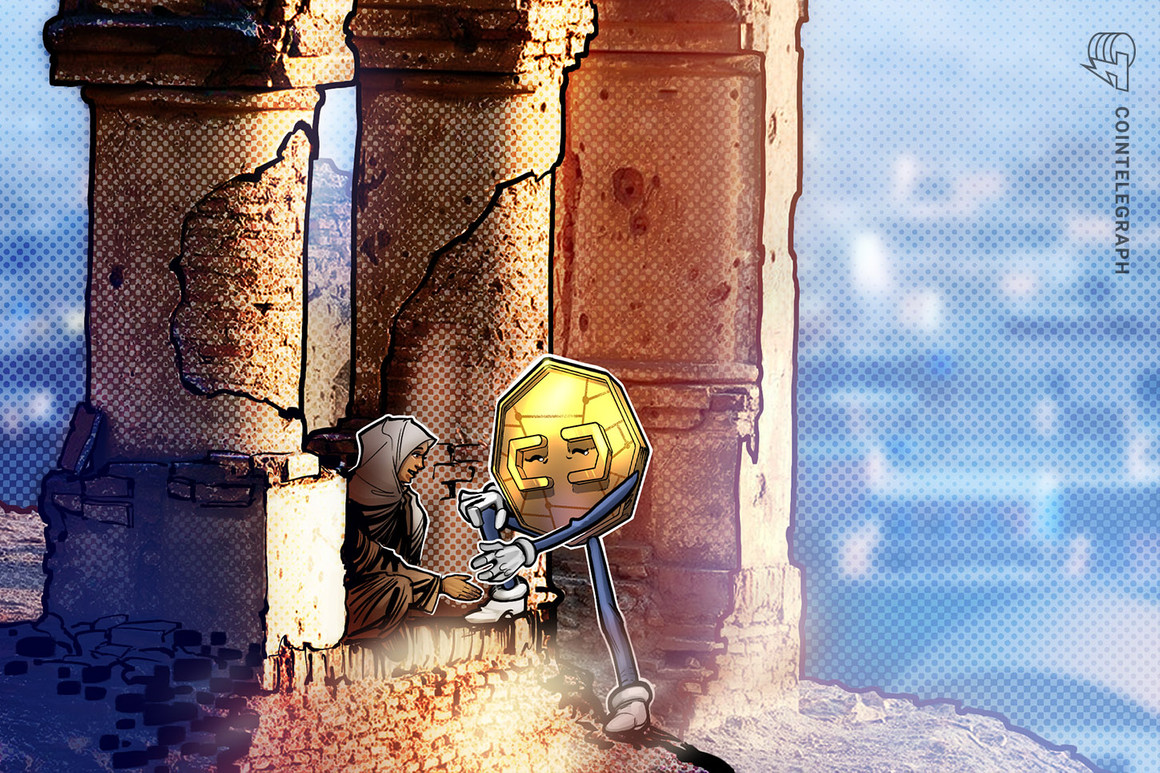 When the Taliban again rose to power in August 2021, Afghanistan faced global sanctions that led to many international organizations and money transaction services halting operations in the country. This made room for digital currencies and stablecoins to be widely used, at least to send or receive remittances.

However, according to the provincial news website ATN-News, the Taliban government recently banned cryptocurrencies and has arrested 16 local exchanges in the northwestern city of Herat in the past week.

According to the report, the exchanges were initially given a grace period to comply with the government’s regulations but were ultimately shut down after failing to do so. The Afghan government has now asked locals to refrain from using digital assets and has warned them of the risks associated with such activities.

However, people familiar with the matter — who want to stay anonymous for security reasons — told Cointelegraph that “no previous announcement or warnings were given.”

“Da Afghanistan Bank (central bank) stated in a letter that digital currency trading has caused lots of problems and is scamming people, therefore they should be closed. We acted and arrested all the exchangers involved in the business and closed their shops,” the head of the counter-crime unit of Herat police, Sayed Shah Sa’adat, told ATN-News.

People familiar with the matter believe there were no crypto-related scams involved in the government’s “stupid” decision. “We mostly used the Binance crypto exchange and a wallet to trade, send or receive assets,” they added. “Right now, we don’t have standard banks or monetary services, and the Taliban banned our only hope.”

In June, the Taliban-led central bank of Afghanistan banned online foreign exchange trading in the country. A spokesman told Bloomberg that the bank views forex trading as both illegal and fraudulent, saying “There is no instruction in Islamic law to approve it.” After the Taliban regained power in Afghanistan, local residents’ finances worsened as billions of dollars in foreign aid was cut off and their overseas assets were frozen under United States sanctions, per Bloomberg.

Why did the Taliban ban crypto?

According to the ATN-News report, the main reasons for the ban are the volatile nature of cryptocurrencies and assets like the U.S. dollar leaving the country since crypto exchanges are not based in Afghanistan. Another reason noted in the report is that digital currencies are new and “the people are not familiar with them.”

The head of the fiat exchangers’ union, Ghulam Mohammad Suhrabi, also claimed that crypto was used to scam people. However, people familiar with the matter do not know of any crypto-related crime or scam, and Suhrabi also didn’t provide any specific data.

Recent: Blockchain audits: The steps to ensure a network is secure

Some believe that the only reason for the ban is the decentralized nature of cryptocurrencies and their underlying blockchain technology. “They banned it because they cannot control it,” a trader with over six years of crypto experience told Cointelegraph, adding:

“The government wants to see, control and manipulate everything in the country. Crypto is volatile, I agree, but everyone who uses it must know that. We also have stablecoins like Tether, USD Coin and many more for the people who just want to send or receive remittances to/from other countries.”

Cointelegraph’s sources further stated that the Taliban have also told traders and crypto-to-fiat exchanges that cryptocurrency use is like “gambling,” calling it haram — which means forbidden under Islamic law. They added that the government wants people to use local banks to transfer money, while “Most of the local monetary services are limited and do not allow us to withdraw all of our money at once.”

“We can only get around 20,000 afghanis (roughly $220) per week from the local banks that one should stay in line for hours sometimes,” a crypto user who gets money from their brother from Germany told Cointelegraph. “In addition to all the difficulties in withdrawing money from banks, another problem is the expensive transaction rates that we are just trying to avoid.”

They added that there are always a bunch of hidden fees when using services like SWIFT, Western Union, MoneyGram and the local Hawala system. The crypto user said that the transaction rates sometimes go up to 20%.

Risk of crypto in Afghanistan

After Afghanistan was hit by the wave of sanctions, many looked for an alternative way to get money from their family and friends abroad. The situation made room for cryptocurrencies, as the local money transfer services were either banned or very expensive.

Furthermore, popular payment transfer companies like PayPal and Venmo are not supported by banks in Afghanistan, which limits the financial services that these establishments provide. In addition, it is difficult to open a bank account due to the number of requirements one must meet, such as providing a house deed and working statement.

“We could receive thousands of dollars in crypto assets from our families without worrying about the transaction fees or the complexity of the [digital] exchanges,” locals said. “Using apps like Binance or some [crypto] wallets is super easy. We even have some illiterate people who can now easily send or receive cryptocurrencies.”

According to Google Trends data, the interest in the search terms “Bitcoin,” “crypto” and “cryptocurrency” has risen more than 100%, especially in the Herat, Kandahar, Kabul, Nangarhar and Balkh provinces.

Furthermore, Afghanistan was ranked 20th among 154 countries in “The 2021 Global Crypto Adoption Index” by Chainalysis in 2021. This is a positive indication that the people of Afghanistan are willing to invest and use cryptocurrencies in their daily lives, one individual told Cointelegraph.

“Crypto is the only way I can get paid online because we do not have access to a service like PayPal,” said an online worker. “I receive my salary with cryptocurrencies, and this is the way I put food on the table for my family of nine. But I’m really hopeless now.”

Recent: Why interoperability is the key to blockchain technology’s mass adoption

One source added that the Taliban might be trying to create a central bank digital currency and could have plans to use blockchain technology. However, most traders believe there is no need for a CBDC when cryptocurrencies offer what people need. The Taliban have not yet announced any plans related to CBDCs.

“Just imagine what a frictionless, global digital payments system with appropriate controls for illicit finance could do for people in places like Afghanistan — if relatives abroad could easily send remittances, or if NGOs could pay their staff halfway around the world with the click of a button on a smartphone,” U.S. Deputy Secretary of the Treasury Wally Adeyemo said at Consensus 2022.

Adeyemo pointed out the weakness of local banks in Afghanistan in providing enough cash for “ordinary people.” While the situation in the country is becoming worse every day, he believes that “It is critical that we balance both sides of this proverbial digital coin, the risks and the opportunities.”

BTC Price Recovers as It Struggles Below the $20.6K High

Janet Yellen’s Reign as US Treasury Secretary: Her Impact on Crypto

Despite the Crypto Market Downturn, DAO Treasuries Grew by $700 Million Since January…

Web3 is the solution to Uber’s problem with hackers