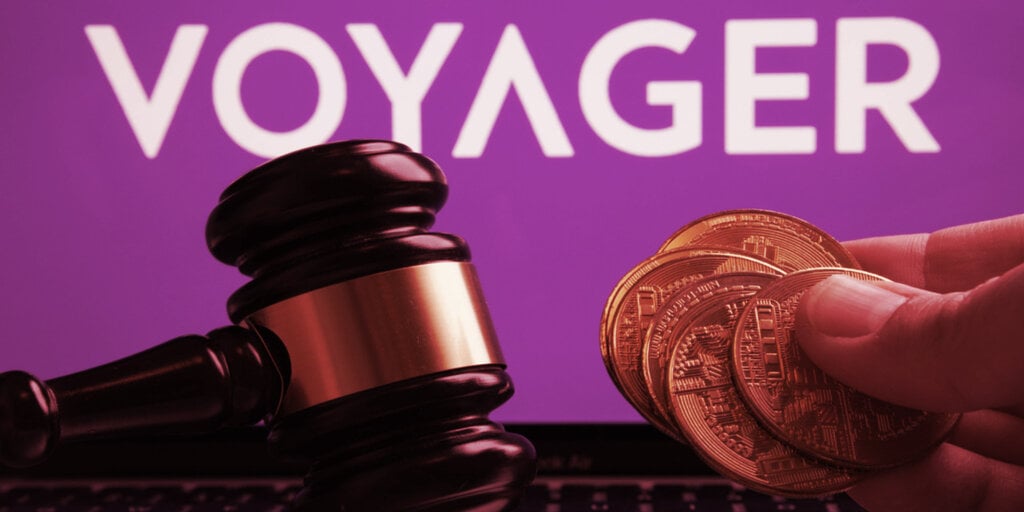 The Voyager Official Committee of Unsecured Creditors announced last week that it had reopened the bidding process, saying in the press release that it had not transferred any assets to FTX US. But it did note that there’s a $5 million “good faith” deposit from FTX US being held in an escrow account.“We were shocked, disgruntled, dismayed,” Joshua Sussberg said during a Voyager bankruptcy hearing on Tuesday, according to a Bloomberg report. “There will be no transaction with FTX, I think that is quite obvious.”

If not for the FTX Group’s bankruptcy, Voyager Digital’s creditors would have had until November 29 to approve or object to the restructuring plan. There was also a hearing scheduled for December 8 to potentially confirm the plan.

But now, “in light of the facts and circumstances surrounding the FTX bankruptcy, the confirmation hearing is canceled, and the related voting and objection deadline and other deadlines approved by the court under the disclosure statement order are no longer in effect” Voyager attorney Joshua Sussberg wrote in a notice filed with the court yesterday.

A disclosure statement is meant to give creditors insight into the debtor’s state of affairs so that they can make an informed decision on whether to approve its restructuring plan. In this case, that disclosure statement and the plan would have included FTX US’s purchase of $1.4 billion worth of distressed crypto assets.

Now the bankrupt asset manager is rumored to be considering offers from one of the losing bidders. People familiar with the matter told Financial News that Wave Financial and CrossTower have expressed interest, but neither of the companies has confirmed.

Voyager Digital filed for bankruptcy in July, with more than 100,000 creditors to whom it owes between $1 and $10 billion. In June, the crypto asset manager revealed that it had a $661 million exposure to now-defunct hedge fund Three Arrows Capital, which itself filed for bankruptcy on July 2.

In September, after turning down what it called a “low-ball bid” from FTX, Voyager Digital accepted a $1.4 billion bid from the company to acquire its distressed assets. But now that FTX itself has filed for bankruptcy, which includes West Realm Shires, the FTX company that won the auction, it can no longer complete the deal.

FTX experienced a bank run last week after a report revealed how much of the FTX token, or FTT, its sister company Alameda Research had on its balance sheet. Once it became clear that roughly $5 billion of Alameda’s $14 billion assets were an exchange token, there was a rush of withdrawals on the exchange that FTX couldn’t fulfill. FTX filed for bankruptcy on Friday.

Is Polkadot (DOT/USD) a good buy in November?