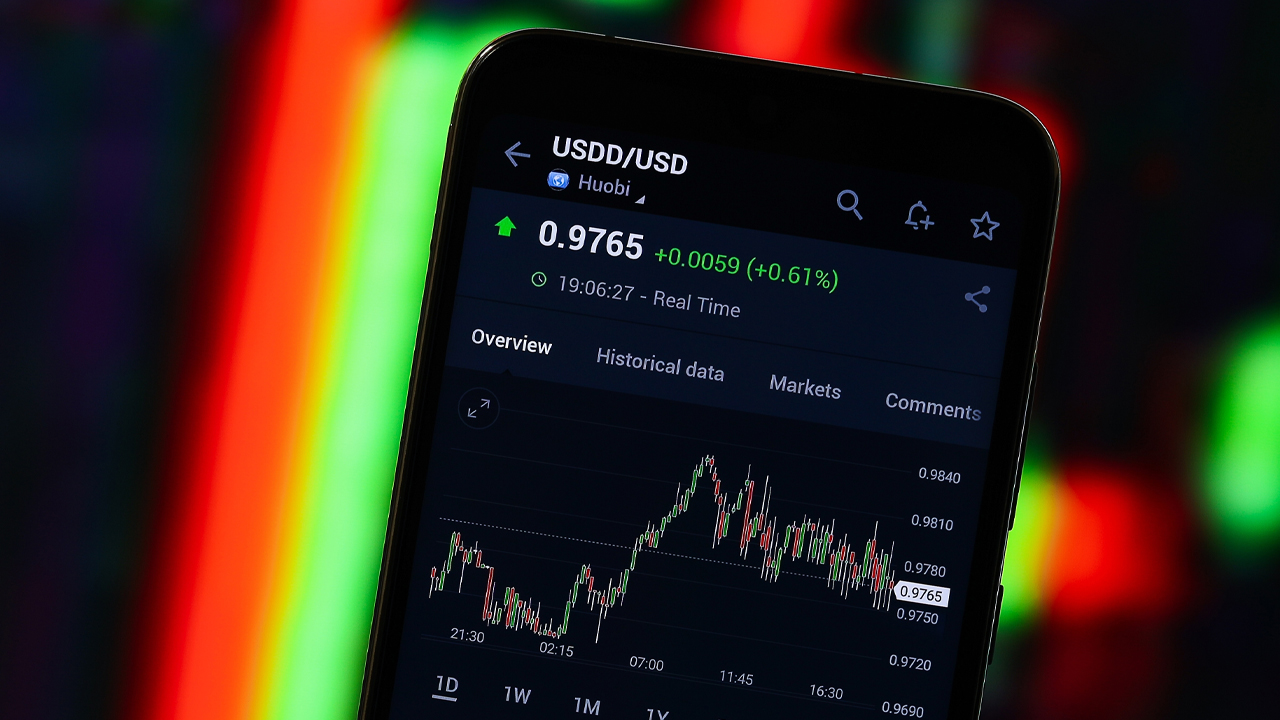 The Tron-based stablecoin USDD has once again dropped below the $1 parity to a low of $0.969 on Monday, Dec. 12, 2022. Amid the drop in USDD’s value, Tron founder Justin Sun tweeted that his team was “deploying more capital,” and the stablecoin’s web portal usdd.io claims the project is overcollateralized by 200.8% at the time of writing.

Tron’s stablecoin USDD is the eighth largest dollar-pegged token and it’s ranked 57 in terms of the largest market capitalizations among thousands of crypto assets. On Monday, Tron’s stablecoin dropped down to $0.969 per token at around 2:51 a.m. (ET) and at around 8:00 a.m., USDD is exchanging hands for $0.979 per unit. While the Tron stablecoin dropped in fiat value, Tron founder Justin Sun reassured the public that USDD was an overcollateralized stablecoin by sharing the URL usdd.io.

The web portal dedicated to the Tron stablecoin claims USDD is overcollateralized by 200.8% at 8:00 a.m. (ET) on Dec. 12. “In case anyone asks about [USDD], it is 200% collateralized ratio on usdd.io,” Sun tweeted. “You can check all live data on blockchain 24*7,” the Tron founder added. Following that statement, Sun tweeted out another comment that was once said by Terra’s co-founder Do Kwon when UST was losing its peg. Sun wrote:

Interestingly, the Tron stablecoin tapped an all-time high just over a month ago, when it tapped $1.04 per unit on Nov. 9, 2022. At the time of writing, USDD has an overall market cap of around $711.31 million, and an estimated $79 million in 24-hour global trade volume.

The stablecoin’s supply has increased by 0.2% during the last 30 days. Since June 3, 2022, USDD’s market cap has grown by 6.6% from $667 million to today’s $711 million. Tron’s stablecoin is listed on a myriad of centralized and decentralized trading platforms with Huobi being the most active exchange on Dec. 12.

Jamie Redman is the News Lead at Bitcoin.com News and a financial tech journalist living in Florida. Redman has been an active member of the cryptocurrency community since 2011. He has a passion for Bitcoin, open-source code, and decentralized applications. Since September 2015, Redman has written more than 6,000 articles for Bitcoin.com News about the disruptive protocols emerging today.