This Week in Coins: Ethereum Takes Another Week of Losses, XRP Soars 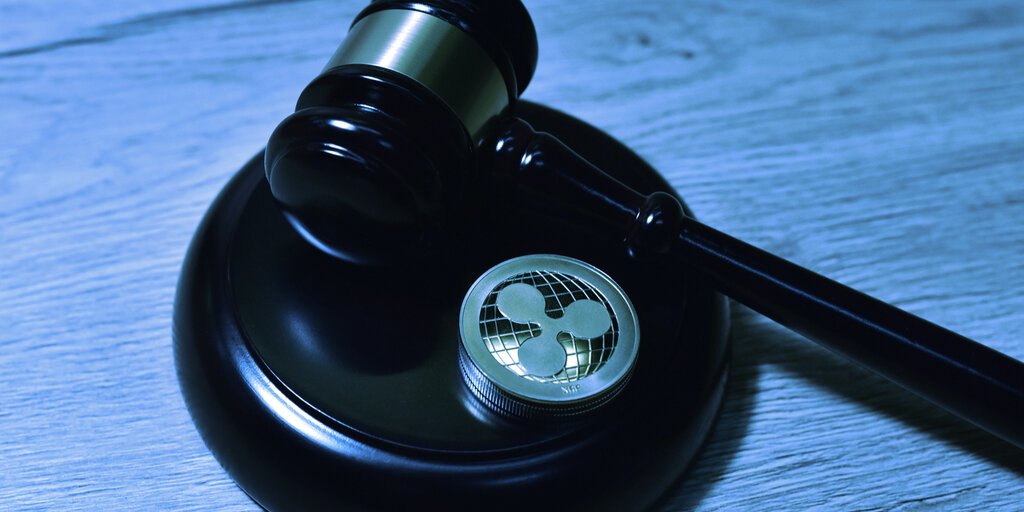 The prices of crypto market leaders Bitcoin and Ethereum dipped on Wednesday following news that the United States Federal Reserve was hiking interest rates by another 75 basis points to stem the effects of inflation.

Back in June, when the Fed first raised interest rates by 75 basis points this year, many remarked that the hike was the steepest of its kind from the central bank since 1994.

In July, the Fed called another 0.75% hike. Bitcoin and Ethereum’s prices both actually jumped within an hour of the announcement. This isn’t typical market behavior, since interest rate hikes make it more expensive to borrow, which in turn means that investors are more likely to dump their riskier assets.

In any case, neither leading cryptocurrency held any ground this time around. Bitcoin fell .53% over the past seven days, according to CoinGecko, and currently trades for $19,086, while Ethereum sank 7.5% to $1,328.

The biggest rally was from XRP, which blew up 44% in one week to $0.5232. The pump followed news earlier this week that both Ripple and the SEC have filed motions for summary judgment in the $1.3 billion lawsuit, each maneuvering to dismiss the lawsuit before trial.

The SEC took Ripple to court in December 2020 for allegedly selling XRP as an unregistered security.

The week after the merge

Of course, ETH was already on a downslide before the inflation news from the Fed this week.

Data from Glassnode showed that predictions the merge would be a case of “buy the rumor sell the news” largely played out. “It is quite unsurprising that profits were taken where profits were available,” Glassnode wrote in its Monday merge. “Funding rates have since completely reverted to neutral [after sinking to an all-time low of -1,200% in the leadup to the merge], suggesting much of the short-term speculation premium has dissipated.”

Glassnode had in August reported an overwhelming demand to purchase call options for ETH at a premium, calling it a “state of extreme bullish bias” for the asset’s price in September. However, the same report noted that ETH’s implied volatility was higher on downside price predictions than upside predictions, indicating that traders were “paying a premium for ‘sell-the-news’ put option protection post-Merge.”

Ethereum miners were cashing out big in the run-up to the merge. According to OKLink, which pulls data across a dozen different mining pools, including F2Pool, Binance, and BTC.com, miners sold a total of 14,785 ETH, totaling $19.73 million in transactions from September 9 to the day of the merge on September 15. The largest sale came on September 14 when miners offloaded nearly 8,032 Ethereum.

In a federal lawsuit against a crypto influencer filed on Monday, the SEC suggested that it believes the U.S. government has jurisdiction over all Ethereum transactions.

According to a sentence in the lawsuit’s 69th paragraph, the SEC claims it can sue Ian Balina not only because his case concerns transactions made in the United States, but also because the fact that most of the Ethereum network’s validators are in the U.S. means the entire blockchain falls under the government’s purview—or so the SEC is arguing.

Gensler has previously said that Bitcoin is a commodity, but many think his silence on Ethereum may be a sign that he views the blockchain as essentially a U.S. securities exchange. Just last week, Gensler said proof-of-stake cryptocurrencies, which allow holders to passively earn returns through staking, could be classified as securities: “from the coin’s perspective…that’s another indication that under the SEC’s “Howey test,” the investing public is anticipating profits based on the efforts of others.

MicroStrategy isn’t any less bullish on Bitcoin in its post-Saylor era: On Monday, the software firm added another 300 BTC, at the time worth around $6 million, to its treasury. MicroStrategy was already the single biggest corporate HODLer in the world, but the additional Bitcoin now means the company has 130,000 Bitcoins, or about $2.45 billion at the current price.

MicroStrategy’s stock dropped 6% at the start of trading on Monday on the Bitcoin buy, but had recovered by the following day.

Dogecoin DOGE/USD prediction as price breaks above the descending trendline