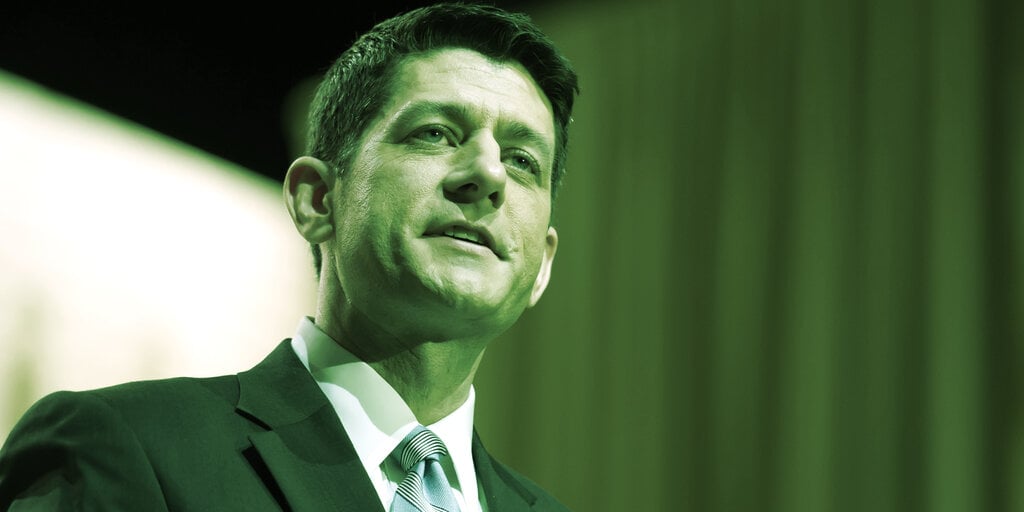 The eight-member bipartisan council will advise Paradigm’s leadership and assist the company in “tell[ing] the story of Web3 in Washington and around the world.”

Ryan will lead the council as senior advisor along with Chris Brummer, director of Georgetown’s Institute of International Economic Law.

Marta Belcher, the only technology-native member of the policy council, currently serves as special counsel at the Electronic Frontier Foundation, and works as an attorney focusing on blockchain and emerging technologies.

“Tackling crypto policy challenges requires an array of perspectives and experiences,” Justin Slaughter, Paradigm’s head of policy, said in a tweet on Monday. “This team has it all.”

Thrilled to finally announce this endeavor. Tackling crypto policy challenges requires an array of perspectives and experiences. This team has it all.https://t.co/kpm96q6dK7

“This is not a lobbying group, they will not be lobbying Congress or advocating externally,” a Paradigm spokesperson told Decrypt. “The policy council will advise Paradigm and offer its opinions on crypto policy internally.”

The council’s members will be “compensated nominally for their part-time advisory role,” the spokesperson noted, while highlighting their “tremendous talents” and “unique cross-sector expertise.”

“Policy council members will meet regularly throughout the year, both in person and virtually, to advise Paradigm on the latest crypto policy developments,” the spokesperson said.

Late last month, Senator Elizabeth Warren (D-MA) and Representative Alexandria Occasio-Cortez (D-NY), among other Democratic lawmakers, circulated letters to federal financial regulators including the SEC and CFTC, asking them to clarify their policies on barring ex-employees from seeking jobs in the crypto sector.

“Crypto firms have hired hundreds of ex-government officials,” the letter read. “We are concerned that the crypto revolving door risks corrupting the policymaking process and undermining the public’s trust in our financial regulators.”

The letter—and Paradigm’s push into federal policymaking terrain—come at a time when financial regulators and legislators appear poised to make landmark determinations as to crypto’s regulatory fate.

A divisive “DeFi killing” bill that would see the majority of the crypto industry regulated by the CFTC is currently circulating around the capital, unfinished.Meanwhile, on Wednesday morning, a federal judge ruled that decentralized file sharing platform LBRY violated federal securities laws in offering its native token, LBC, in a move that some called an “extraordinarily dangerous precedent” for crypto.

Editor’s note: this article has been updated to include additional comments from a Paradigm spokesperson.

Demand for Cryptocurrency Miners Rises in Russia Amid Low…