One Does Not Simply Destroy DAI: Maker Founder’s ‘Endgame’ Proposal 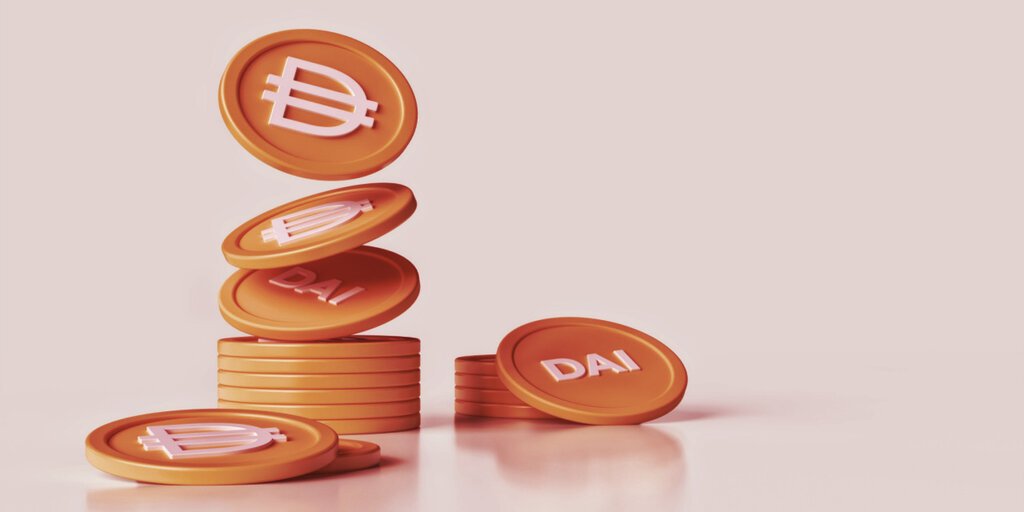 It described the continued effects of the Tornado Cash sanctions, said the industry has “failed to show any kind of value to society,” and outlined two potential paths forward for Maker.

These two paths, which were made clear by the recent sanctions, demand that DeFi projects either become the next fintech product (and fall in line with regulations) or be “treated as something else.” Notably, the latter choice also comes with hefty risk, as understood by the recent arrest of Alexey Pertsev, a Tornado Cash developer.

But because Maker was engineered to remove any possibility of blacklisting or knee-bending to authorities’ requests, the former path isn’t possible, wrote Christensen.

This also means that “at some point in the future, there is a high probability that Maker will be hit by a severe attack by global authorities targeting any attack surface they can find, through a process similar to what led to the [Tornado Cash] sanctions.”

In sum: It’s a question of when, not if, regulators will take aim at MakerDAO and the industry’s leading decentralized stablecoin DAI. With this assumption in mind, Christensen argued that the task now is thus to make DAI as attack-resistant as possible.

The call to arms also means that the project needs to prepare “for the likely possibility that DAI will have to become free-floating,” or leave its peg to the greenback. This is also something the project’s founder pointed to on August 11.

The difference between then and now, though, is that there’s now a real plan in mind.

DAI becoming unpegged to the dollar is less an objective and more a symptom of making the protocol attack-resistant.

Part of Christensen’s “Endgame Plan,” another monumental proposal outlining a restructuring of Maker and its governance, would put a cap on how much of the project’s collateral is in Real World Assets, or RWAs.

Alongside assets like Ethereum, Wrapped Bitcoin, and Uniswap, small businesses can also securitize their own assets in order to mint DAI.

For example, Reif Financial Investments Inc. has collateralized real estate loans in exchange for DAI. Another company called Gig Pool has done the same with payment advances for various gig workers from Instacart, Doordash, Upwork, and the like.

This would also include Circle’s USDC stablecoin, of which roughly 50% backs DAI, according to data pulled from DAI stats.

As you can probably imagine, it’s much, much easier for regulators to crack down on these types of companies than it is to crack down on something like Ethereum. Circle already has a pretty well-known track record for blacklisting its stablecoin at the request of regulators.

This means that this type of collateral is a key attack surface that Christensen wants to shore up.

“The path of decentralization means limiting our attack surface to physical threats, and specifically our RWA collateral as a percentage of the total portfolio. In the Endgame Plan, I put this limit at 25%,” he writes.

However, by capping this type of collateral, there may not be enough attack-resistant (i.e., pure cryptocurrencies) collateral to supply continued demand for DAI.

As supply slows because there are fewer ways to mint more DAI, continued demand could push the price of DAI past a dollar. But wait, there’s more.

Christensen also argued for the introduction of a “negative target rate,” essentially Maker’s version of negative interest rates, to drop demand for DAI and increase its supply “as it becomes cheaper to generate [more DAI] with decentralized vaults such as Ethereum.”

This breakdown also makes clearer why some have called Maker crypto’s central bank.

Much like in the real world, dropping interest rates into negative territory means that it costs currency holders to sit on their money. And insofar as said currency holders are also rational actors, they would then go out and spend that money on potentially more valuable things or simply swap into assets that aren’t going to cost them money.

This is basically Christensen’s plan in a nutshell. Cap how much RWA can be used as collateral while simultaneously curbing demand for DAI (and making it cheaper to increase the supply).

That’s the basic recipe for surviving any regulatory crackdowns, but the plan goes further, unpacking two more tools that “turn the free-floating of DAI into something that Maker can survive, and even thrive with,” in Christensen’s words.

The only way to convince someone that owning an asset suffering from negative rates is good is by also convincing them that they need this asset to get other, more valuable assets.

Here is where Christensen introduces the idea of so-called MetaDAOs and MetaDAO tokens.

As the diagram above outlines, a Maker MetaDAO is like any other crypto DAO except this one would be tied to the much larger MakerDAO and would have its own native token.

These mini-DAOs would also have full autonomy to pursue any objectives they define, as well as hunting down any “profit-generating activities,” according to the plan.

And as they are attached to the emergent DAI-based ecosystem, DAI holders could then yield-farm these new tokens.

Concluding: “Maker will not just become exciting once again; it will be the single most exciting and important place to be in all of crypto – and we have the perfect tool that allows us to capture that meta and hook people into our ecosystem: MetaDAO yield farming.”

But the fact that it’s coming from one of DeFi’s most influential projects, rather than someone like Terra’s Do Kwon, the crypto community could quite easily rally behind it.

Decrypting DeFi is our DeFi newsletter, led by this essay. Subscribers to our emails get to read the essay before it goes on the site. Subscribe here.

Balcony DAO Co-Founder: There Are Clear Rules, People in Crypto Just Don’t Like…