Expect crypto contagion as FTX crisis is far from over 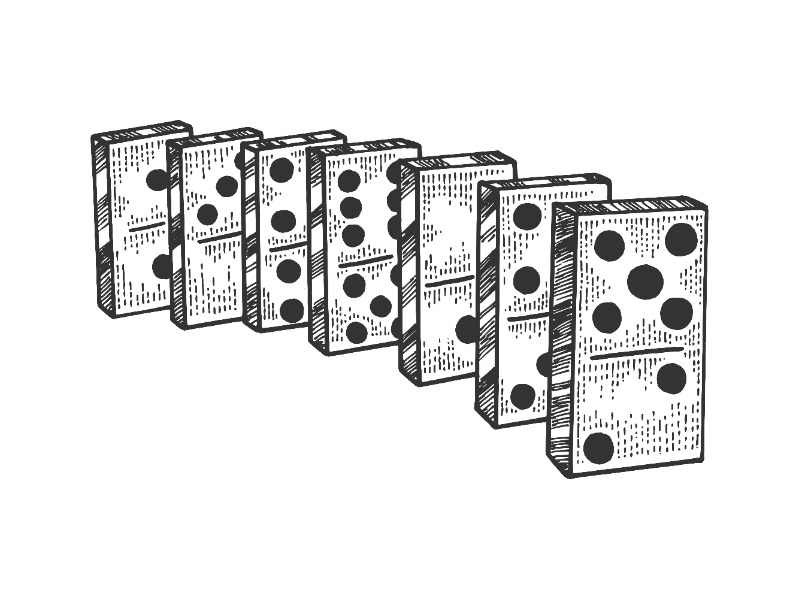 I’m kind of getting sick of the word “contagion”.

Nonetheless, it appears the C-word is coming for the digital asset space again. By now we are familiar with the collapse of FTX, one of the world’s largest cryptocurrency exchanges.

But it’s far from over.

While the crash here does not compare to the infamous death spiral of UST and LUNA (to refresh my PTSD), that scandal does show how far-reaching the tentacles of such a sudden loss of capital can cause.

UST was worth $18.6 billion and LUNA $29.7 billion on the eve of the Terra meltdown in May. Within a couple of days, those figures were zero. FTX, on the other hand, is reportedly looking at a balance sheet hole of $8 billion.

So, the numbers are not as comparable, but the domino effect could be. Numerous firms got caught up in the Terra crash by holding UST on their balance sheets, as well as being over-exposed to other crypto assets, all of which fell in the aftermath of the scandal.

Then there was Three Arrows Capital, owing $3.5 billion to 27 different companies. I could go on, but you get the point. The crypto industry was far to incestuous, with companies holding pieces of other companies, despite all being exposed to the same systemic risk.

In retrospect, it all reads like a cautionary tale for risk management and diversification. How crypto companies thought it was wise to trade their own Treasuries, assets and whatever other liquidity they had, on the very same highly volatile asset class to which their business was already exposed, is beyond me.

But they did, and the domino effect followed.

Who is exposed to FTX?

The question now becomes this: who is exposed to FTX?

One hopes that the industry learned a lesson from Terra and hence is more prudent this time around. Then again, the flipside is that FTX seemed like they were as safe as could be: funds were stored there in stablecoins and fiat – not just highly volatile cryptocurrencies.

Much like those who fell victim to UST thought that it was a stable asset pegged to $1, there are those who got blindsided by FTX, simply leaving their funds in the exchange denominated in fiat currency.

We know now that Sam Bankman-Fried had other ideas, sending these funds to his sister trading firm Alameda Research, following a series of bad investments and loans getting called in. Ironically, these loans were likely called in the aftermath of the LUNA crash, when spooked investors moved to get their funds of crypto by all means possible.

Companies are already beginning to wobble. BlockFi, yet another crypto lender, paused withdrawals and issued a statement outlining that the damage was stark.

“We do have significant exposure to FTX and associated corporate entities that encompasses obligations owed to us by Alameda, assets held at FTX.com, and undrawn amounts from our credit line with FTX.US,” BlockFi said.

They had signed a deal with FTX in July for a $400 million revolving credit facility. It is hard to see them recovering after pausing withdrawals – which we know by now is the death sentence.

The money actually goes beyond aggressive crypto firms. Sequoia Capital, SoftBank, and Tiger Global, who are as big and boring as traditional investors get, have all been burned.

“Based on our current understanding, we are marking down our investment to $0”, Sequoia said in a note to LPs. I think we can all agree that’s a fair call.

SoftBank is reported to have lost $100 million, while Tiger Global is apparently down $38 million.

I was let go by Sequoia Capital today. Buck had to stop somewhere. I was the 27 year old associate responsible for copying and pasting revenue and profit numbers from a spreadsheet in the FTX data room into a PowerPoint slide in an investment memo as diligence

A quick glance a the below graphic should tell you all you need to know:

As I said, I don’t expect this to be as grave a liquidity crisis as LUNA. But it would be delusional not to expect further pain – and that includes some sombre announcements which will come out of the blue. There will be companies caught up in this mess that will take people by surprise.

$10 billion is a hell of a lot of money. It can’t disappear without reverberations elsewhere. Hopefully, the damage is as minimal as could be hoped for, given the lessons shown by the LUNA fiasco.

It must, right? Right?

Island nation turns to metaverse to preserve its disappearing heritage