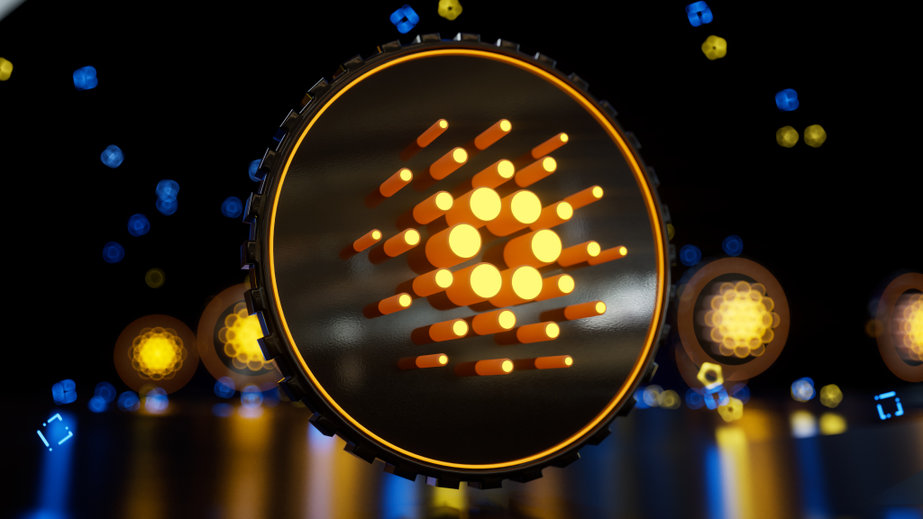 The first stablecoin on Cardano (ADA/USD) has been launched. The USD-based stablecoin, iUSD, was launched by the decentralised synthetic asset issuance protocol, Indigo. The launch of iUSD comes two months after Cardano’s hard fork that allowed the building of dApps on the blockchain. The stablecoin will be valued at $1.

The launch of iUSD could be the first of many expected on Cardano. Djed algorithmic stablecoin is expected to launch in January. Djed launch has been touted as an important milestone for Cardano’s DeFi ambitions. The stablecoin will act as an autonomous bank, facilitating the trading of stable assets.

Djed’s upcoming launch has also been lauded in the wake of market volatilities orchestrated by the Terra Luna Crash and FTX. Speaking at the Cardano Summit on November 19-21, 2022, COTI CEO Shahaf Bar-Geffen commented. Recent events have called for a safe haven against volatility. COTI’s Bar-Geffen exuded confidence that “Djed will fulfil this role in the Cardano network.” The stablecoin will be decentralised and will carry on-chain proof of reserves.

Aside from the stablecoin launch, Cardano is preparing to launch a privacy-focused blockchain. The new blockchain, dubbed “Midnight,” is expected to challenge other privacy-focused projects like Monero. A new token, “Dust,” will also be launched to run the privacy ecosystem. The projected launch will counter the rising privacy issues raised in blockchain, which other platforms have failed to address.

Amid the positive developments, the market sentiment for ADA is bearish. The cryptocurrency trades at $0.3 in a bear market momentum.

ADA proceeds lower with no support in sight 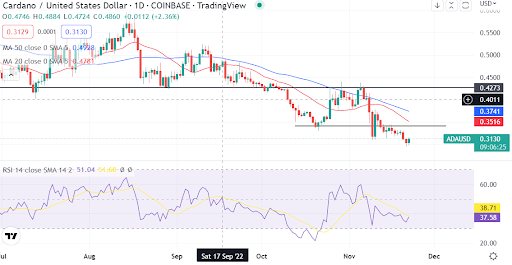 On the daily chart, ADA is trading on a clear downtrend. The RSI is below the midpoint, implying that sellers are very active on the cryptocurrency. The moving averages offer support above.

What next for ADA?

There is no clear next level for ADA price. The cryptocurrency is on a free fall since plunging below minor support at $0.35. ADA must recover to key levels and or above moving averages for a bullish reversal to be confirmed. The zones to watch for the cryptocurrency are $0.35 and $0.40.

Where to buy ADA

Terra Luna Classic Price Prediction – Can LUNC Reach $1 in the Next Bull Market?

Litecoin (LTC/USD) price stalls. Will the token maintain the uptrend?

Cardano (ADA/USD) predicted a further 60% decline. Does the price action show this?

Focus on the tech, not the price