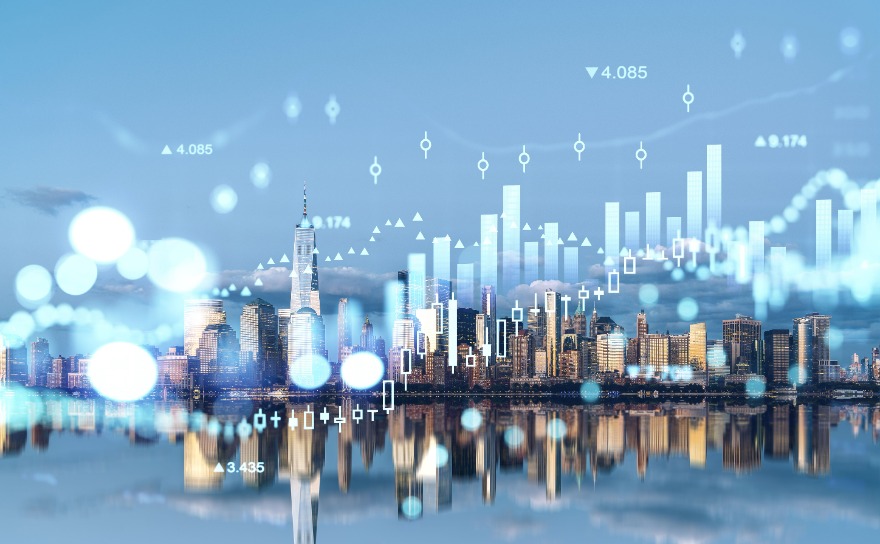 Anyone who follows me will know I like taking a macro view to Bitcoin. It is now firmly entrenched as an asset class on the big stage, and that means it is subject to the whims of the wider market – for better or worse.

I often say it is the tail on the dog, with the dog being the stock market. But I wanted to put together a piece detailing how exactly Bitcoin’s movements have related to the stock market this year, to test out this theory.

The first step was, obviously, correlation. I plotted the correlation between the stock market and Bitcoin since Russia invaded Ukraine in February below (Pearson 3 month rolling was my metric of choice).

It is evident to see that this picked up around April. Incidentally, this is when we transitioned into a new interest rate paradigm. Inflation became so big that it could no longer be brushed aside, and the Federal Reserve were forced to start hiking rates, bringing to an end the era of free money. Let me layer in the Fed rate to the same graph:

So, this pickup in correlation around April makes sense. As we jump into a new environment, the cheap money and quantitative easing is wiped out and risk assets take a big hit. The old adage holds – “correlations go to 1 in a crisis”. And with this massively bearish interest rate shift, risk assets did indeed all sell-off like there was no tomorrow, with the correlation rising accordingly – to as close to a perfect 1 as you could expect.

So, why then the fall in correlation from this near-perfect score of 1 to 0.5 in August?

Well, my theory is this: let us not forget the sheer violence in the crypto market over the summer, when markets melted down and capital fled quicker than a UK Prime Minister. Luna, a top 10 coin, vanished into thin air, taking billions upon billions of dollars with it.

Then in August, with crypto still reeling, the stock market bounced. But with the pain crypto had just been through, investors were hesitant to pump prices back up, as they worried about systemic failures and further events that could trigger another sea of cascading liquidations. Make no mistake – the Terra contagion was an idiosyncratic event to crypto, and dented confidence in the space hugely.

Let me layer in the S&P 500 to show it rising in August, while Bitcoin politely declined to follow:

Then, as can be seen in the chart, from September onwards the stock market resumes falling, and Bitcoin decides to follow it again. The fear in the crypto markets this year is nearly unprecedented – and these above charts show that more than ever.

So we are currently back at correlations around the 0.8 mark – a staggeringly high number. I fear sounding like a broken record here, but anybody extrapolating information from past crypto cycles is entirely missing the point, and I believe these charts show why.

We have had a structural break and this is an entirely new paradigm. Amazingly, money costs something now, with interest rates no longer zero. Driving to the shop is a luxury, while I paid £8 for a pint on the weekend. £8! Inflation is here, and so are high interest rates – and that’s a nasty cocktail for any risk assets.

But for Bitcoin, it has never seen any of this before. It has never before existed in a bear market – it was launched in 2009, right when the stock market went on one of the longest and most explosive bull runs in history.

But no more. Bitcoin is now in the trenches, with inflation spiralling, interest rates hiked and a geopolitical climate worsening by the day. It’s not a good time for anything living far out on the risk spectrum – something which Bitcoin’s price action this year shows.

So in wrapping this up, keep an eye on that stock market. If she falls, she’s going to continue to drag Bitcoin down with her.

Cardano (ADA/USD) predicted a further 60% decline. Does the price action show this?