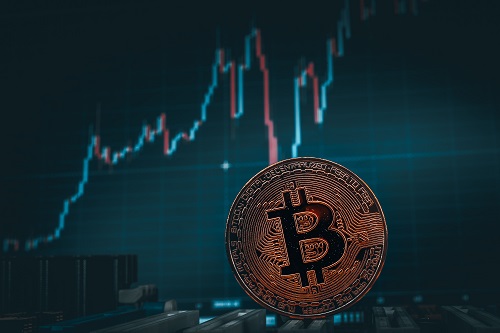 Bitcoin has dropped below the $18k once again following its rally earlier this week.

The Federal Reserve raised interest rates by half a point a few hours ago.

The total crypto market cap continues to stay above $800 billion.

The Federal Reserve announced on Wednesday that it had raised its benchmark interest rate to the highest level in 15 years. Thus, indicating that the fight against inflation in the United States is not over.

The interest rate was increased by half a point, taking it to a targeted range between 4.25% and 4.5%. This latest cryptocurrency news put a halt to Bitcoin’s recent rally. The leading cryptocurrency is down by less than 1% in the last 24 hours and is now trading below $18k. At press time, the price of Bitcoin stands at $17,737.

The broader crypto market has also been underperforming, having lost more than 1% of its value in the last 24 hours. The total cryptocurrency market cap now stands at around $860 billion.

The BTC/USD 4-hour chart remains bullish despite Bitcoin underperforming over the past 24 hours. In the last seven days, BTC has added more than 5% to its value.

The MACD line remains above the neutral zone, indicating that the bulls have not given up control of the Bitcoin market. The 14-day relative strength index of 54 also shows that Bitcoin has not yet entered the oversold region.

If the bears gain bigger control, Bitcoin could decline below the $17,090 support level over the next few hours. However, the bulls still maintain a level of control, and BTC could recover from this slight dip. If that happens, BTC could be trading above $18k soon again.

Where to buy Bitcoin now

Why has the Grayscale Bitcoin Trust discount hit an all-time high?

Identity in the metaverse at risk, says former Windows architect