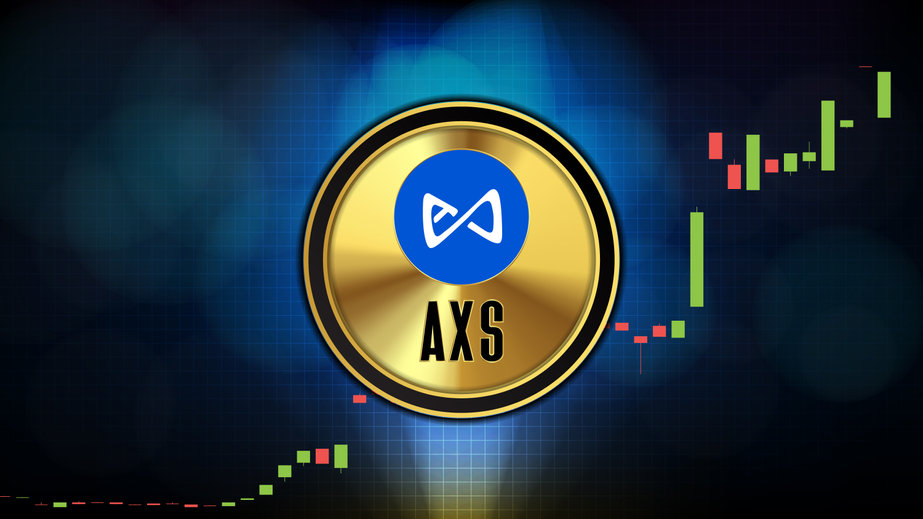 Axie Infinity has lost 95% of its value from its ATH

The cryptocurrency trades on a symmetrical triangle

A breakout could shape the next price direction for AXS

Axie Infinity (AXS/USD) has been one of the hardest-hit cryptocurrencies this year. The token of the play-to-earn platform has lost 95% of its value from its all-time high. However, the last two months of the year should give some hope.

AXS bottomed at $5.9 in early November. The cryptocurrency made some bullish price spikes occasionally, one time touching $14. The price, followed by sudden falls, has failed to inspire a comeback. However, AXS’s price action shows the cryptocurrency has been on a steady ascend. Trading at $7.0 as of press time, AXS had maintained a near-symmetrical triangle. What is its price next?

Perhaps we should start by mentioning that Axie Infinity witnessed some boosts from the latest cryptocurrency news. That Axie Infinity’s Origins game app was successfully okayed on Google Play Store. Axie lovers would be excited at the news as it opens more opportunities for Web 3.0 gaming. Axie said the approval allows it to continue “testing and improving the game.” The team also lauded the development as key to launching Origins in other parts of the globe.

Enough to make the Axie Infinity token explode? No, but there are positives from the price action. 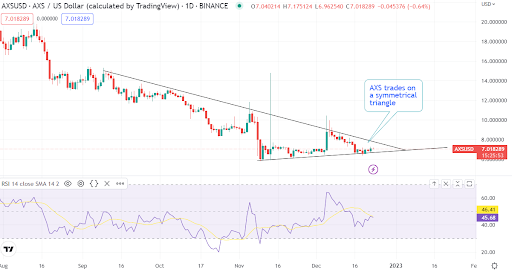 On the daily chart, AXS trades on a symmetrical triangle, although the descending trendline is a bit steeper. The RSI is recording improvements, although the reading is below the midpoint.

AXS will break out next from the symmetrical triangle.

Will AXS break higher or lower

A break from a symmetrical triangle can occur on the upper or lower side. A break out at the descending trendline would set the momentum to bullish. We consider this as the most likely scenario since AXS price is emerging from a bottom. On the contrary, AXS could break lower to trade back to the bottom price.

Where to buy AXS