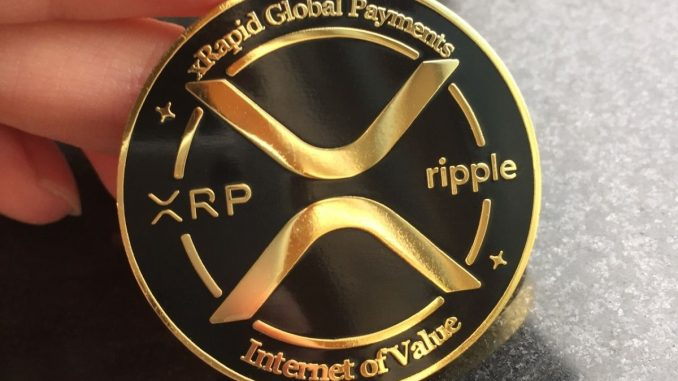 XRP price has been struggling to regain its former glory as a cross-border payments solution since the United States Securities Exchange Commission (SEC) brought a lawsuit against it in December 2020. Notwithstanding, Ripple Labs, the company behind the international payments token, has made significant developmental milestones in its ecosystem and secured notable partnerships over the last two years. This has boosted XRP’s utility and driven its adoption. However, the XRP price prediction remains bearish as we go into 2023.

The Status of The SEC v. Ripple Case

The SEV v. XRP war can be traced back to December 2020 when the U.S. financial regulator charged the crypto and blockchain firm Ripple and its executives. The SEC claimed that the San Francisco-based blockchain company and its leaders sold the XRP token as “unregistered security” in its over $1.38 initial coin offering (ICO). The crypto firm’s chief executive officer Brad Garlinhouse and executive chairman Chris Larsen were listed as co-defendants.

Fast forward to 2022, a lot has been said and revealed during the case with both Ripple Labs and the SEC filing summary judgment motions.  Both parties had until 30 November to hand in their summary judgment documents, which were made public five days later.

Despite these filings, the case still lingers on with the Ripple CEO Brad Garlinghouse saying that it could take another three to four months before a judgment is reached, probably in the first half of 2023.  Garlinghouse also revealed that Ripple would consider a settlement if the SEC agrees that XRP is not a security.

On November 14, media reports that Ripple Labs had reached a settlement with the regulator brought some confusion in the XRP community. A Ripple spokesperson later denied these claims, meaning that the case will continue.

In the meantime, the crypto community has come out to support the blockchain company going as far as submitting amicus curiae briefs to the court. At the time of writing, about 16 briefs from different companies and organizations had been submitted, with the latest support coming from the U.S.-based crypto exchange Coinbase. Crypto advocacy groups have also come out in support of Ripple including the Blockchain Association and the Chamber of Digital Commerce.

The latest update from the lawsuit is that Nicole Tatz, one of the defense attorneys, has applied to withdraw as Ripple CEO Brad Garlinghouse’s legal counsel. Attorney Tatz filed her withdrawal motion on December 16 saying that other counsels at the Cleary Gottlieb Steen & Hamilton LLP law firm in the U.S. will “continue to be counsel of record for Bradley Garlinghouse in this action.” According to the attorney, she would no longer be part of the law firm after December 31.

Holders of the token, the “XRP Army”, have closely followed the SEC v. XRP case since the beginning because Ripple is the largest public holder of XRP, and also because the lawsuit led to the token being massively delisted from crypto exchanges across the world.

The lawsuit has also negatively affected the XRP price over the last two years and is currently trading 82% below its $1.98 high reached in April 2021. How long can the token’s price go?

XRP Stares Into An Abyss With 44% Losses

XRP price established support at $0.32 which has not been breached since mid-June. At the same time, the price of the cross-border remittances token has continuously been suppressed by a stubborn descending trendline for the past 90 days. This has led to the appearance of a descending triangle on the daily chart as shown below.

Bulls attempted to breach the resistance from the downtrend line first in October and later in early November. Both attempts ended up as mere fakeouts as bulls were not strong enough to sustain the higher levels. Consequently, XRP continued to recoil inside the descending triangle with the resistance line governing the price lower.

A break below the horizontal support line (the triangle’s x-axis) support was likely to see the XRP token spiral 44% to $0.19. Descending triangles are significantly bearish indicators and feature exact breakout targets equal to the thickest part of the triangle.

The same chart also showed there is a significant supplier congestion zone stretching from $0.386 to $0.46, suppressing XRP’s price from pushing for an immediate rebound. Note that this is where the 50-day simple moving average (SMA), the 100-day SMA, the 200-day SMA, and the $0.45 psychological level were found, suggesting that there were stiff barriers in XRP’s recovery path.

Besides, the Relative Strength Index (RSI) showed that the bears’ grip on XRP was still firm. This trend-following indicator was facing down and the price strength at 34 suggested that the token was firmly under the control of sellers.

On the upside, a daily candlestick close above the triangle’s descending trendline at $0.387, where the 200-day SMA sits, would suggest strength amongst XRP buyers. This would bolster the token towards the 50-day SMA near $0.39 and the 100-day SMA at $0.42. Overcoming this level could see the XRP price rise towards the $55 range high.

The bearish conditions in the market are likely to continue into the new year. The FTX contagion continues and there is no telling when the crypto prices will bottom out. The macro climate continues to increase the headwinds leaving crypto investors with less profitable projects to pump their capital into.

As such, there are some interesting tokens currently on presale with the potential to increase investors’ returns once they are listed on exchanges. An example of such crypto with an optimistic outlook is FightOut, an innovative Web 3.0 initiative designed for a healthy and fit lifestyle both in real life and in the Metaverse while at the same time building a real-world community, including physical gym chains alongside each player’s virtual avatar to keep players engaged.

Get ready to take your fitness routine to the next level with #MoveToEarn!

Earn rewards for your hard work and dedication to a healthier lifestyle! 🙌

Get up to 50% bonus when you join our presale! ⬇️https://t.co/xwthuHJbBG pic.twitter.com/weAoBdpZqL

Similarly, Dash 2 Trade comes in as well among these promising tokens. This platform enables the creation and testing of data-based crypto trading signals designed to take your crypto trading to the next level. The team behind D2T has so far raised  $10.3 million with over 66 million D2T tokens left in the fourth stage of the presale. Don’t miss out on this opportunity to buy D2T with only 16 days of the presale remaining.

⌛16 Days remaining until our presale ends⌛

With a trading intelligence platform like Dash, looming disasters like the collapse of FTX can be spotted before they occur and help traders and investors to secure their assets and make market-beating returns.