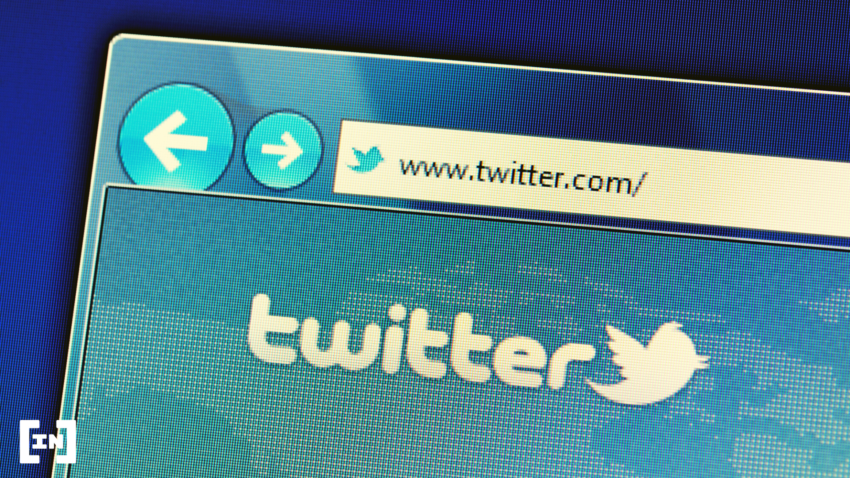 Michael Saylor has a plan to save Twitter from spambots and other bad actors and he wants you to know about it.

Saylor, the CEO of software company Microstrategy, became a leading Bitcoin maximalist in 2020, when MicroStrategy started to build up its Bitcoin reserves, with Saylor himself buying over 17,000 Bitcoin tokens below $10,000.

Currently, MicroStrategy is still the largest corporate holder of Bitcoin, followed by Tesla’s Bitcoin holdings. On Wednesday, MicroStrategy’s stock dropped to a $165 per share low, with Bitcoin dropping below $30,000.

The ‘orange check’ plan is something that Saylor has been mulling over since at least 2021, when the executive first suggested that Bitcoin’s Lightning Network could somehow be used to “verify” accounts on Twitter. Specifically, Saylor proposed using orange tick marks on Twitter profiles to segregate bots from actual humans.

He has publicly messaged Elon Musk on at least five separate occasions about his plan, which also included the likes of Twitter CEO Parag Nawal, Cameron Winklevoss, and Jordan Peterson among others.

Yet, Saylor made no mention of how the verification process would work, and for some time, it appeared as if his entire idea was mercifully forgotten about.

Then we entered into 2022, when Saylor decided it was time to dust off the plan and shill it around to Twitter, and anyone who had the ability to hear it.

Plan orange check is the process by which individual users would employ Bitcoin’s Lightning Network to deposit around $20 to Twitter. In return, these users would receive a verified orange check mark next to their name.

If someone with an orange check was found to act improperly, the trusted Twitter moderation team would take the $20 as a punitive measure. Saylor’s theory is that the risk of losing this deposit would deter spammers and other malicious actors from behaving improperly.

There’s just one small problem – the “orange check” plan which Saylor persists in shilling, is actually quite bad, and simply won’t work as intended.

In the sea of reasons why orange checks are a bad idea, the first is that it misaligns incentives. It doesn’t take an expert in game theory to work out that a $20 deposit would further empower faceless Twitter moderators, while creating additional risks to ordinary users.

For those of you who have been fortunate to never fall foul of Twitter “moderators,” let me explain how the system works.

Once Twitter finds you “guilty” of an infraction, users have two choices.

The first is to admit your guilt and take whatever punishment Twitter deems appropriate.

The second is to fight your case, wait through an arbitration process longer than the punishment itself (during which your account remains suspended, and then be found guilty again, receiving a worse punishment for protesting your innocence in the first place.

In my experience, the moderation process is a phony war, and unlikely to involve intelligent human intervention at all.

For example, on one occasion, I was found guilty of infringing Twitter’s “self-harm” rules when I jokingly made a reference to committing seppuku for some minor faux pas. Having explained in the appeal process that I did not follow Bushido, did not live in feudal Japan, was not suicidal and did not own a Samurai sword, the Twitter moderation team carefully reconsidered their obviously wrong verdict, finding me completely guilty all over again.

Now, if $20 of my money had been on the line, would Twitter moderators have been more or less inclined to be more sympathetic to my case? I think less.

Quite simply, orange check marks would allow Twitter to profit from the misery of ordinary Crypto Twitter users, and would in fact encourage them to look with less favor upon pleas of innocence.

In the culture war among the left wing, right wing, and normal people just trying to get on with their day, there seems to be very few fair rules of engagement – primarily when opposing factions try to falsely flag an “offensive post” that the other party has posted.

Specifically, individuals who “falsely flag” an opponent’s post ultimately does this to deprive them of access to their social media channels. Under Saylor’s deposit scheme, this would ultimately hand individuals a new weapon and mechanism to financially hurt their opponents.

Rather than preventing bad behavior, orange check marks would instead incentivize it. In other words, anyone with an orange check mark would effectively have a target on their back, lying in wait as a potential victim.

A price worth paying?

The central thesis of Saylor’s proposal is that his $20 deposit scheme would deter spammers and other bad actors. The problem is that these bad actors, unlike most ordinary users, post on social media for profit.

How many posts does a scammer have to make to find a willing mark and a big score? I don’t know, but isn’t it at least possible that these scammers might look upon the $20 deposit as the price of doing business?

Having secured the “legitimacy” of an orange check mark, might scammers not seek to leverage this perceived authenticity to perpetuate their scam? I can only guess on these points, but there are enough questions to make me pause for thought.

What about Elon – won’t his Twitter takeover invalidate the substantive part of my argument?

Even if everything at Twitter was to substantially change thanks to Musk’s takeover, the significant problems with Saylor’s plan remain. Incentives remain misaligned, and ordinary users would need to take a $20 leap of faith. That’s all well and good until you lose your first $20.

Thanks to his support for Bitcoin and Dogecoin, Musk has become a widely recognized figure in the cryptosphere, but has yet to truly pit himself against something really challenging. So far the world’s richest man has only ever bothered himself with simple everyday problems like creating self-driving cars or launching people into orbit around the planet Earth.

Just imagine how you would feel if Musk “stole” your $20 for a minor (poorly moderated) Twitter infraction?

Not very good, and Musk must surely know this.

It’s not worth the squeeze

While Saylor is one of the great advocates for Bitcoin, with much to admire about his commitment to the cause, it’s for this reason I would dearly love to stop slapping my palm directly into my face every time Saylor airs this horrible plan.

So, with all due respect, I say this to you, Michael Saylor:

Please stop pitching your terrible Bitcoin Twitter plan. The juice from this orange check mark simply ain’t worth the squeeze.