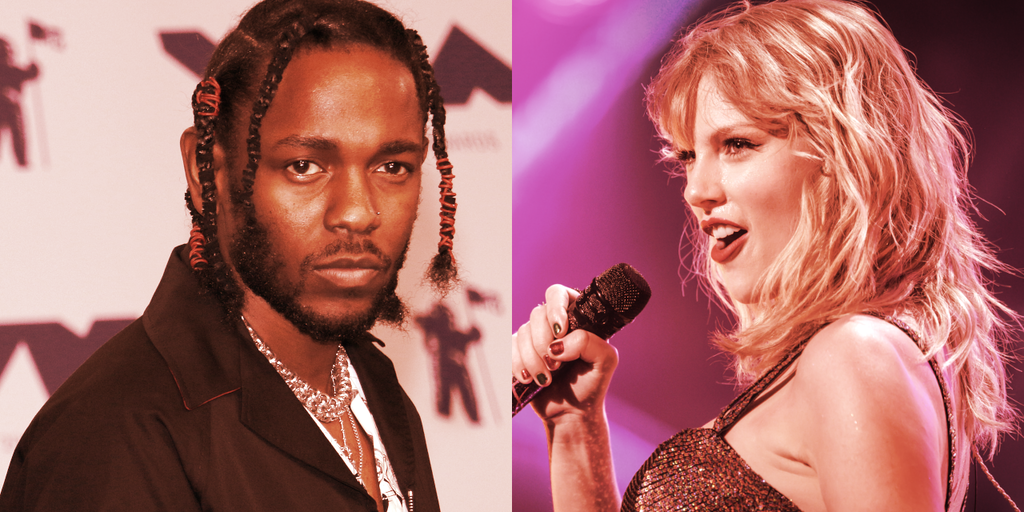 Digital music sharing services are coming back… in Web3 form. Just days after news broke that Napster will return in the form of an NFT marketplace on Algorand, LimeWire—which announced its own Algorand-based marketplace in March—announced today that it has signed major label Universal Music Group to its platform.

Collectively, the Universal Music Group lineup includes such massive artists as Taylor Swift, Kendrick Lamar, The Rolling Stones, U2, BTS, Chris Stapleton, The Weeknd, Abba, and Elton John. Today’s deal doesn’t necessarily mean that any of those artists will release NFTs via LimeWire, but they will apparently have the opportunity to do so.

LimeWire will be relaunched as an NFT marketplace that’s initially focused on music-related assets, whether it’s actual music or things like artwork and collectibles from musicians. Serial tech entrepreneurs Paul and Julian Zehetmayr acquired the dormant peer-to-peer music sharing service last year and announced their Web3 plans in March.

In April, LimeWire revealed that it raised $10.4 million in a token sale led by Kraken Ventures, Arrington Capital, and GSR, with participation from other firms such as Crypto.com Capital and musician Deadmau5’s 720Mau5 fund.

According to the token sale announcement, LimeWire plans to begin its “official launch campaign” later this month and then open up the marketplace soon thereafter. An NFT acts like a proof of ownership to a digital item, and can represent goods like digital artwork, music files, collectibles, and more.

Algorand is a proof-of-stake blockchain network that’s billed as a rival to Ethereum, the leading platform for NFTs and decentralized apps. Last week, Algorand and Web3 investment firm Hivemind announced that they had acquired streaming (and formerly peer-to-peer) music service brand, Napster, with plans to launch a Web3 music platform.

= Napster acquired by Hivemind and Algorand =

1) Dear friends, we are excited to share that we’ve taken @napster private, and to bring the iconic music brand to the new era of open internet. More exciting news to come but here’s a quick thread to share our project with you all: pic.twitter.com/ob2bT0sCPK

This isn’t Universal’s first move into the Web3 space. Last November, UMG’s 10:22PM label announced the launch of Kingship, a Gorillaz-inspired virtual band based on a series of Bored Ape Yacht Club NFTs. The band will perform in metaverse worlds and sell its own NFTs too.

Meanwhile, rival Warner Music Group signed a partnership with metaverse game The Sandbox in January. The label, which houses artists like Lizzo and Ed Sheeran, will develop virtual land in The Sandbox’s game world and host concerts within the space.

Making Amazing Art in VoxEdit! How to make Rooms Part 4