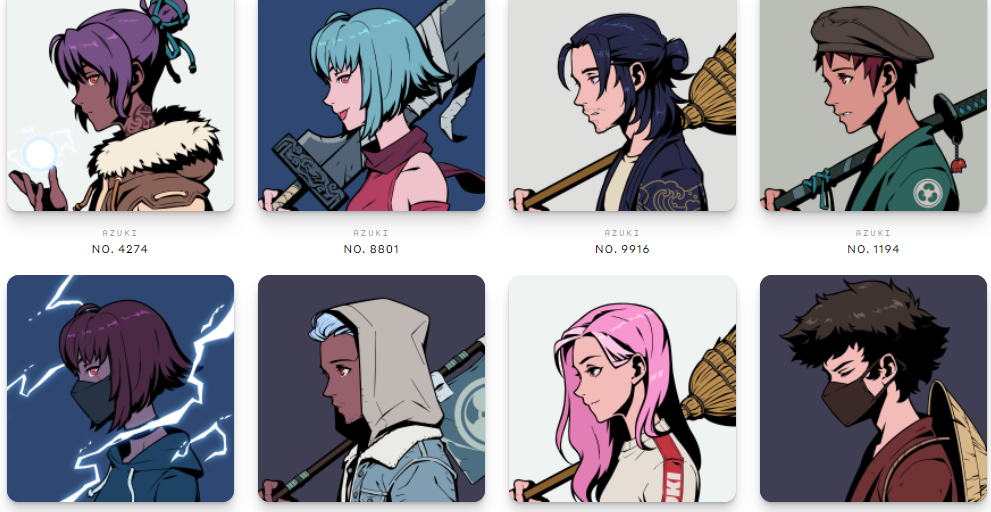 “Azuki is dead,” declared the host of a Twitter Space titled “The Death of Azuki” Monday evening.

The bold assertion—which was somewhat tongue-in-cheek—follows the release of a blog post from pseudonymous Azuki founder Zagabond, who shared today that he was previously involved in a few lackluster NFT projects that some labeled as “rugpulls.”

NFTs—unique blockchain tokens that signify ownership over an asset—can have volatile price fluctuations, and the Azuki collection on the Ethereum blockchain is no exception.

But Azuki hasn’t exactly been having the greatest month in terms of floor price, either. The collection’s starting price is down 56% in the past month and nearly 63% in the past week, according to data from NFT Price Floor. To some extent, this larger decline is partly due to crypto and NFT markets crashing across the board.

Self-described “on-chain sleuth” ZachXBT expressed concerns about the Azuki founder’s blog post and accused Zagabond of “rugging” on previous projects. A rugpull is when an NFT project founder releases a project with an ambitious roadmap, only to abandon said project (with their money) after the primary sale.

Please read my post in full. We delivered everything that was promised for these collections. Do I wish they were more successful? Of course. There was no product-market fit at the end of the day, but that doesn’t mean it’s a rug.https://t.co/Z2enFov8m9

But Zagabond denied the rugpull accusations levied against the Tendies, the CryptoPhunks and the CryptoZunks (the latter two of which derive their art from the CryptoPunks NFTs).

“Do I wish they were more successful? Of course. There was no product-market fit at the end of the day, but that doesn’t mean it’s a rug,” Zagabond said.

In the blog post, Zagabond described the CryptoPhunks as a “parody project,” said the Tendies NFTs “wound down” after only minting out about 15% of the meme collection, and suggested the CryptoZunks project has “limitations due to gas costs on Ethereum killing the product experience.”

But some NFT enthusiasts appear to be taking advantage of Azuki’s declining price. The collection saw a high spike in sales, with over 300 sold on secondary marketplaces in a single day.

Bitcoin Prices and Ethereum Prediction; Could BTC and ETH Breakout for 5% Gains…

Is The Bitcoin Bear Market Over? An Increasingly Strong Confluence of…