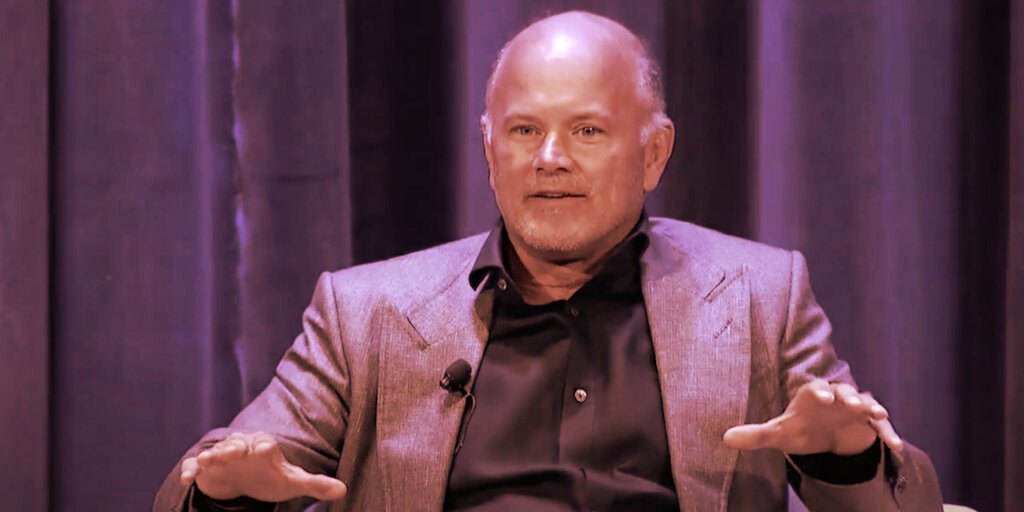 There’s been one person notably absent from the conversation about the collapse of Terra’s $18 billion algorithmic stablecoin and $30 billion network token, LUNA: investor Mike Novogratz.

After not tweeting since May 8, right around when things started going pear-shaped for Terra, the founder and CEO of crypto investing firm Galaxy Digital today tweeted a memo to shareholders and stakeholders describing how it all fell apart.

Explained Novogratz, who typically composes one to tweets per day, “I have spent the past week reflecting on the economy and macro markets, our industry, and Galaxy’s place in it.”

Galaxy Digital has invested in the Terra ecosystem since September 2020—before the “Ethereum killer” became a top-10 blockchain. Both Galaxy and Novogratz poured money into the network, a fact underlined when the latter recently got a tattoo of a wolf howling at the moon with “Luna” written underneath.

Novogratz walks readers through the firm’s investment thesis, highlighting a projected “expansion of blockchain-native payment systems”; it was interested specifically in the Chai app, which has a solid user base in South Korea.

He goes on to give his perspective on what went wrong—a combination of central banks “unwinding a massive liquidity bubble” brought about by expansionist monetary policies and higher fiscal spending and too much pressure on Terra to deliver high-interest returns on users’ holdings.

“UST’s growth had exploded from the 18% yield offered in the Anchor protocol, which eventually overwhelmed other uses of the Terra blockchain,” writes Novogratz. “The downward pressure on reserve assets coupled with UST withdrawals, triggered a stress scenario akin to a ‘run on the bank.’”

Novo asserts that Galaxy will be able to survive the crash because it did four things: diversified its portfolio, frequently took profits instead of letting it all ride, used a risk management framework, and understood its investment would be impacted by macro events.

That doesn’t mean Terra’s collapse won’t hurt. As of December 31, Galaxy held over $400 million in LUNA, a token that once sold for over $100 and is now worth less than a penny. Last week, Galaxy Digital projected a $300 million loss for the quarter as its equity declined by 12% to $2.2 billion.

“With our diversified business lines, Galaxy remains in a strong capital and liquidity position. We are well-positioned for long-term growth,” he nonetheless states.

As for what he’s taking away personally, he says, “My tattoo will be a constant reminder that venture investing requires humility.”

2 reasons why the Ethereum price is plummeting