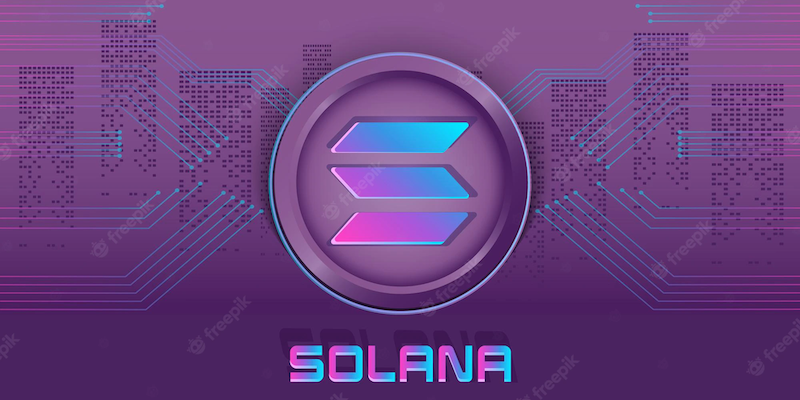 The Solana ecosystem is in crisis this week as a result of the steep decline in SOL’s price, which lost more than half of its worth in a single day as a result of the market’s reaction to the failure of cryptocurrency exchange FTX. However, there was no truth to the worries that Solana would continue to deteriorate through Thursday night. Instead, a dramatic recovery in price has occurred.

According to CoinGecko, SOL is currently trading at over $17, up 38% from its Wednesday afternoon low of under $13. Early this morning, it increased almost to $19, but since then, it has retreated from that 24-hour high.

Solana is still down 43% over the past week, much surpassing the losses of Bitcoin, Ethereum, and other cryptocurrencies, but it has made major gains over the last several hours. Due to the October CPI report’s indication of slowing U.S. inflation, the market is generally up today, although Solana’s increase is greater than most.

Whoever took the ecosystem’s temperature on Wednesday may find this surprising. The inventors of the network and well-known builders attempted to mobilize supporters who worried a death spiral was about to take place as the price continued to decline, which was ostensibly enhanced by Solana’s tight relations to FTX and its founder Sam Bankman-Fried.

“We’ll survive together because chewing glass is in our DNA”, co-founder Anatoly Yakovenko said on Wednesday. The FTX crash and its aftershocks were called a “crucible moment” for the Solana ecosystem by fellow co-founder Raj Gokal. Despite the immediate dread and sadness, both sought to keep supporters focused on the network’s long-term goals.

There was cause for concern that nighttime losses would increase in addition to the current ones. More than 56.3 million SOL, worth $729 million at the moment, were scheduled to unlock from overnight staking as of midday on Wednesday. This may potentially flood the market and cause sell pressure to drive the price of SOL further lower.

The amount was reduced by half, though, after the Solana Foundation declared late on Wednesday that it would not unstake 28.5 million SOL, which had previously been assigned to network validators that German cloud provider Hetzner had barred from using its service. The Solana Foundation instead redistributed its stock of SOL.

Austin Federa, the Solana Foundation’s head of communications, tweeted that the delegation program “had the worst timing imaginable” and that the unstaking would be “rescheduled because A Few Things Happened Recently” amid criticism from Twitter users who claimed it was another instance of alleged “centralization” on Solana.

Nevertheless, more over 31 million SOL were finally unstaked as investors got their money back. According to CoinGecko’s market statistics, the price fell by 11% before the unlock, probably as a result of anxiety about the coming event, although it didn’t go any more. To the relief of both investors and builders, SOL’s price took off once more after a short period of time.

Devoted supporters of Solana may have taken advantage of the opportunity to purchase SOL after it dropped to its lowest level on Wednesday since March 2021. SOL Big Brain, a well-known pseudonymous NFT investor, and other whales in the space had tweeted signals that they meant to make sizable buy orders as the staking unlock may swamp the market with cheap SOL.

Around DeFi on Solana, there are also indications of life. Jupiter, an aggregation platform, has handled 719,000 transactions totaling over $253 million over the last 24 hours. And Solend completed liquidating a whale user’s holdings, which had jeopardized the lending protocol as it dealt with platform congestion concerns.

While Solana has so far survived what some consider an existential danger, the circumstances surrounding FTX are continually changing. As FTX looks for a way to become solvent and help consumers who locked up potentially billions of dollars’ worth of cryptocurrency in the exchange, the cryptocurrency market may endure more shocks.

Following FTX’s liquidity crisis, Binance announced on Tuesday that it has signed a non-binding letter of intent to acquire the latter company. However, Binance withdrew on Wednesday, citing the scope of FTX’s issues. Since then, Bankman-Fried has pledged to make an effort to acquire funds in order to save the business and compensate clients.

Regardless of how things turn out, the market will undoubtedly experience further revelations and aftershocks as one of its biggest actors falls apart. Solana has suffered some of the worst losses so far this week, but the ecosystem is surviving—at least for the time being.

Another investment with potentially high returns is new project that has recently launched. RobotEra has started its presale, giving investors the chance to buy its native TARO coin at a discount. The platform, which utilizes the Ethereum blockchain, is creating a Metaverse where users may contribute to the construction of NFT-based structures like buildings and land.

RobotEra has the makings of a lucrative offering in a year of significant presales because the platform already has some solid foundations. Additionally, it has backing from LBANK Labs, which suggests the momentum it may get as its sale develops and when it obtains its initial exchange listings.

RobotEra is moving quickly with the beginning of its presale because its alpha version is scheduled for release at the end of the first quarter of 2023. Over 300,000 TARO, which are presently being sold at a price of 0.020 USDT, have already been sold in the sale, despite the fact that it just got started yesterday.

Visit the RobotEra website to connect your Wallet Connect cryptocurrency wallet and buy TARO using either ETH or USDT. Interested investors can take part in the presale there. Prospective participants are urged to move quickly since once the sale enters its second stage, the price of TARO will increase by 25%.

There will be three stages in the presale, each of which will sell 90 million TARO. Together, these three stages account for TARO’s total maximum supply of 1.5 billion, with the largest portions reserved for its DAO-based treasury (33%) and for player play-to-earn incentives (25%).

Regarding gameplay, in RobotEra’s Metaverse, users will take on the role of robots who are in charge of maintaining their own NFT-based lands and helping to build RobotEra’s virtual environment. Players will also be able to gather resources from the game world, build robot companions, participate in quests, and attend events in the sandbox-style game (e.g. virtual concerts).

RobotEra’s roadmap states that the Metaverse’s development started at the beginning of this year and that an alpha galaxy for the Metaverse should be ready by the end of Q1 2023. Around this time, further gameplay components will be unveiled alongside VR and AR-based components.

To accommodate this schedule, the RobotEra team anticipates that the presale will end by the start of the new year, which is also when it anticipates obtaining its first exchange listings for TARO. Given that LBANK Labs has already provided money, it is probable that LBANK will be one of the first exchanges to offer the coin.

Regarding TARO’s role in the RobotEra ecosystem, the project’s whitepaper indicates that the utility token will be used by the game’s players to trade in-game goods and items as well as to give them incentives. Trading NFTs, staking, mining, taking part in events, and maintaining virtual land are a few ways gamers can earn TARO.

Although RobotEra is still in its very early stages of development, these many factors point to a very promising blockchain-based game industry. Some of the biggest cryptocurrency initiatives to date have been Metaverse and/or gaming platforms (such as Decentraland, The Sandbox, and Axie Infinity), and it appears that RobotEra will follow this trend.

Back to basics as Dogecoin (DOGE/USD) retraces to 78.6% Fib level