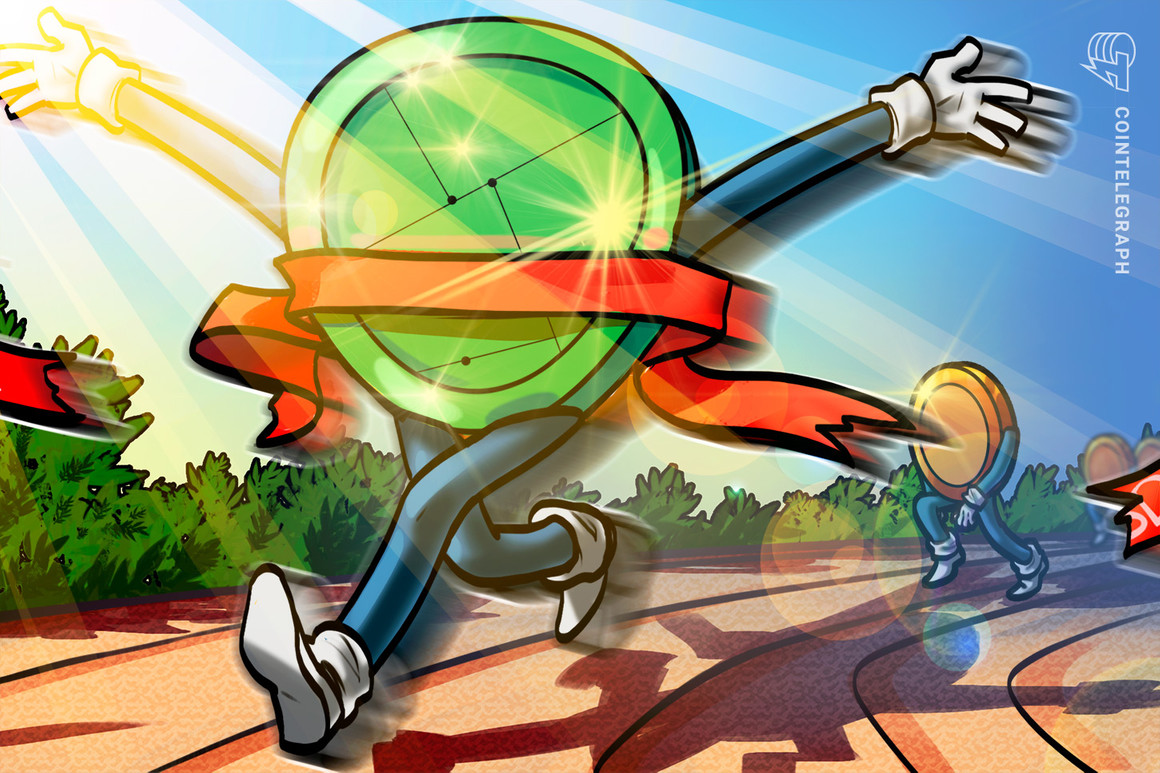 The 2022 Champions League final will have a checkered position in the competition’s history book. Real Madrid emerged victorious over Liverpool inside the Stade de France, but the pandemonium outside the stadium before kick-off highlights the need for innovative solutions to events ticketing.

Counterfeit tickets played a massive role in the chaotic scenes that played out in the French capital in June 2022, as fans broke into the stadium precinct while authorities rebuffed many. French authorities estimated that 35,000 people had arrived at France’s national stadium with fake tickets or none at all, in addition to the 75,000 fans that had legitimate tickets for the grand final.

Black market ticket sales and touting have been part and parcel of the sporting and events world for decades, but the advent of blockchain-powered ticketing looks to be a promising solution. Nonfungible tokens (NFTs) are multi-faceted in that they ensure the credibility of tickets and enable Internet-of-Things (IoT) functionality while also serving as a unique digital collectible to commemorate an event.

The NFL has already tested the waters with NFT ticketing, having distributed around 250,000 NFT tickets after launch in November 2021. Fans that attended the NFL’s Super Bowl LVI were also eligible for commemorative NFT tickets — all at no cost. How that NFT ticket looks and what it incorporates are up to the creators. The NFL’s NFT tickets are minted on the Polygon blockchain and feature different animated visual elements.

The French envoy for the 2024 Paris Olympics has also suggested the use of NFT ticketing solutions to manage attendance for the events, as well as a trial run at the 2024 Rugby World Cup, which will also be hosted in the country.

NFTs are multi-faceted in that they ensure the credibility of tickets and enable IoT functionality while also serving as a unique digital collectible to commemorate an event. How that NFT ticket looks and what it incorporates are up to the creators. The NFL’s NFT tickets are minted on the Polygon blockchain and feature different animated visual elements.

Cointelegraph reached out to a handful of industry participants that already make use of blockchain-based NFT ticketing to gauge the impact of the technology.

Amsterdam-based event technology firm GET Protocol issues tickets that are minted as NFTs on the Polygon blockchain when a user buys a ticket in their mobile app. Tickets are tied to mobile numbers, which is a key part of eliminating ticket touting.

Users can claim the actual NFT when they scan the ticket QR code at the given event, which links to their GET Protocol wallet. This is where digital collectibles and other exclusive benefits can be extended to users.

Colby Mort, who heads up NFT strategy at the company, told Cointelegraph that NFT tickets help add transparency to what is traditionally a “blackbox” industry. All tickets are transparently viewable in real time, which helps prove ticket authenticity, given the immutability of the underlying system

The secondary sale market is also formalized. Tickets can only be resold within the system, giving organizers control of tickets, revenue, data and direct contact with holders. Tickets are also given extended life cycles, both pre- and post-events, with GET Protocol exploring decentralized event financing for an upcoming Lewis Capaldi art show in Iceland. This explores fundraising initiatives with technology that could benefit smaller artists and creatives.

Digital collectibility is a major feature of post-event NFT utility but Mort also pointed to its potential as a community-building tool for artists and event hosts.

“NFT Ticketing for a lot of mainstream audiences is the ‘light bulb moment’ of understanding the underlying utility of an NFT combined with the familiarity of the collectible side of NFTs as all NFT Tickets can include a digital collectible.”

Josh Katz, CEO of NFT marketplace YellowHeart, told Cointelegraph the ticket industry is plagued by issues around authenticity and scalping which are mainly driven by the ease of forging or replicating paper tickets with modern hardware.

The finite element and exclusivity of tickets also results in mass reselling at inflated prices. Katz noted that the online ticketing market is expected to be valued at $68 billion by 2025, while secondary sales could generate $15 billion in sales of which organizers and artists forgo their rightful share:

“NFTs, on the other hand, can help solve most — if not all — of these issues. For one, the open and transparent nature of blockchains makes it extremely easy to verify the provenance and authenticity of NFT tickets, so it’s substantially harder for scammers to fool people.”

Kats also highlighted the freely programmable nature of the smart contracts powering NFTs, bringing dynamic benefits to holders and issuers. This also addresses secondary market sales, where NFTs can be programmed to deliver a percentage of sales to the artist or event organizer.

Mort insists that a focus on form and function has been important for their ticketing solution’s success to date. Ticket buyers use fiat currency to purchase tickets linked to bank accounts or cards and access and interact with their NFTs through an app.

“Since our inception in 2016, we’ve prioritised abstracting away the complexity of blockchain and NFT technology, but over the last year we’ve seen a huge demand from ticketing companies and event organisers to explore the Web3 side of their ticketing with post-event NFT claiming.”

GET Protocol was built to be blockchain agnostic, given that customers and clients will use the event and ticketing marketplace without having to understand the underlying technology.

Striking a balance that ensures ease of access for new users while harnessing the programmability, utility and immutability of blockchain technology is a key theme highlighted by both Mort and Katz in the adoption of NFT ticketing.

DFI token is now available on the Huobi Global exchange

5 Metaverse Cryptos That will Rule 2022