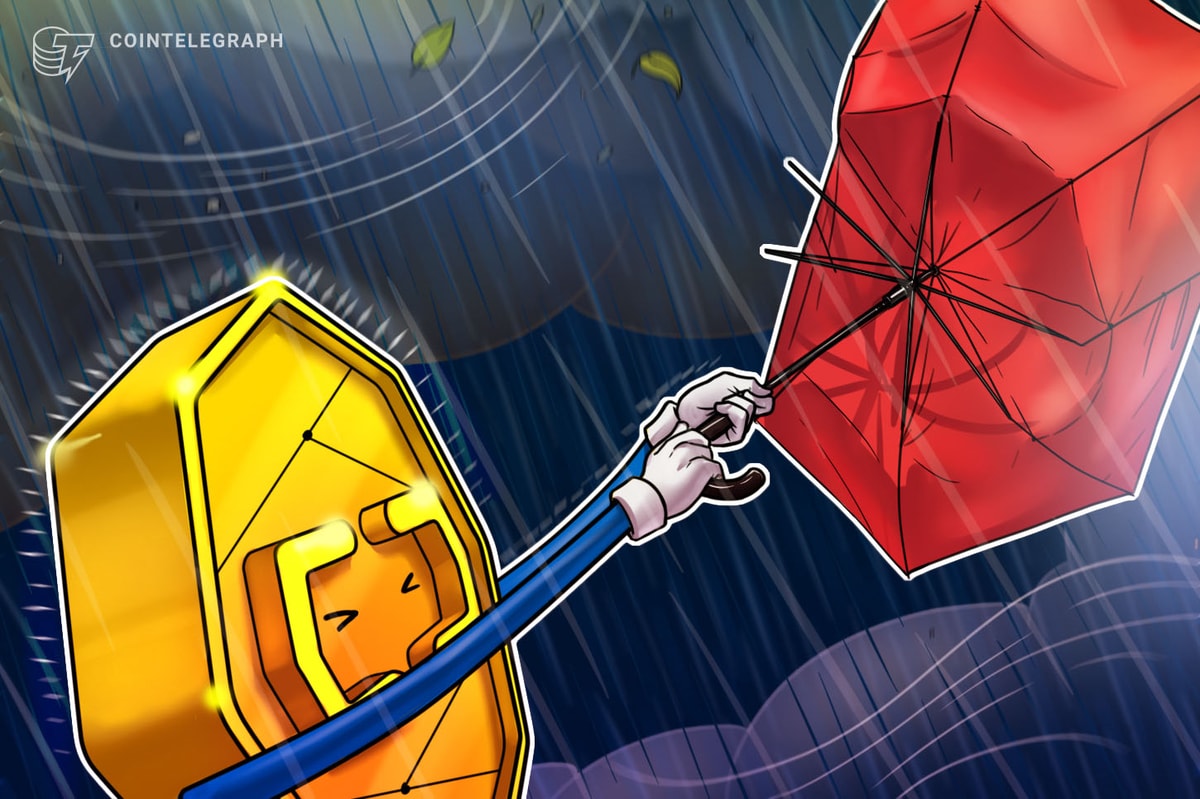 Maple Finance is a decentralized credit market powered by blockchain technology. Instead of requiring loans to be overcollateralized, it instead allows managers to issue loans from its lending pools based on a set of risk-management criteria, according to the protocol’s documentation.

Maple 2.0 is a fundamental overhaul of the smart contract architecture. The new contracts are modular and robust and will facilitate Maple bringing capital markets on-chain. pic.twitter.com/5GGsMXaXhv

But in the wake of FTX’s collapse, the platform experienced two major defaults from borrowers on the platform.

On Dec. 1, algo trading and market maker Auros Global missed its payment of 2,400 Wrapped Ether (wETH) following Alameda’s demise, causing the loan to go into a five-day grace period. That grace period has since passed, and the borrower has begun to incur penalties, according to a post by lender M11Credit.

Days later on Dec. 6, crypto hedge fund Orthogonal Trading admitted to having been “severely impacted by the collapse of FTX,” prompting M11Credit to issue a notice of default on the fund’s $36 million in loans.

The new protocol overhaul, dubbed “Maple 2.0,” will upgrade its smart contracts so that defaults such as these can be more quickly handled and settled by loan managers, known as “pool delegates.”

Previously, loans could only be put into default if a borrower missed a payment and the grace period passed. This meant that collateral could not be liquidated even if the borrower admitted in advance that they couldn’t make payments.

In a blog post explaining the platform’s new features, Maple said that pool delegates will now be able to declare an early default if a borrower meets a condition of default, which will makthe loan payable immediately.

Furthermore, if a borrower doesn’t pay within the grace period, the delegate can liquidate the loan — meaning all lenders within the pool can realize the loss immediately while recovery is pursued, Mapleadded.

Withdrawals can now be scheduled and prorated, and lenders can request withdrawals at any time, whereas previously they needed to wait a minimum of 30 days to withdraw after their deposit.

Pool delegates now provide “first loss capital,” meaning they are the first to suffer in the event of a default. The Maple team believes this will more closely align pool delegates’ interests with the interest of lenders.

The upgrade also introduces the automatic compounding of interest, so that interest earned is automatically reinvested into the pool and does not need to be redeposited.

Other changes include the adoption of ERC-4626 standards, allowing for more decentralized finance (DeFi) integrations and partnerships, as well as improved data and dashboards.