Ledger exec explains how it works 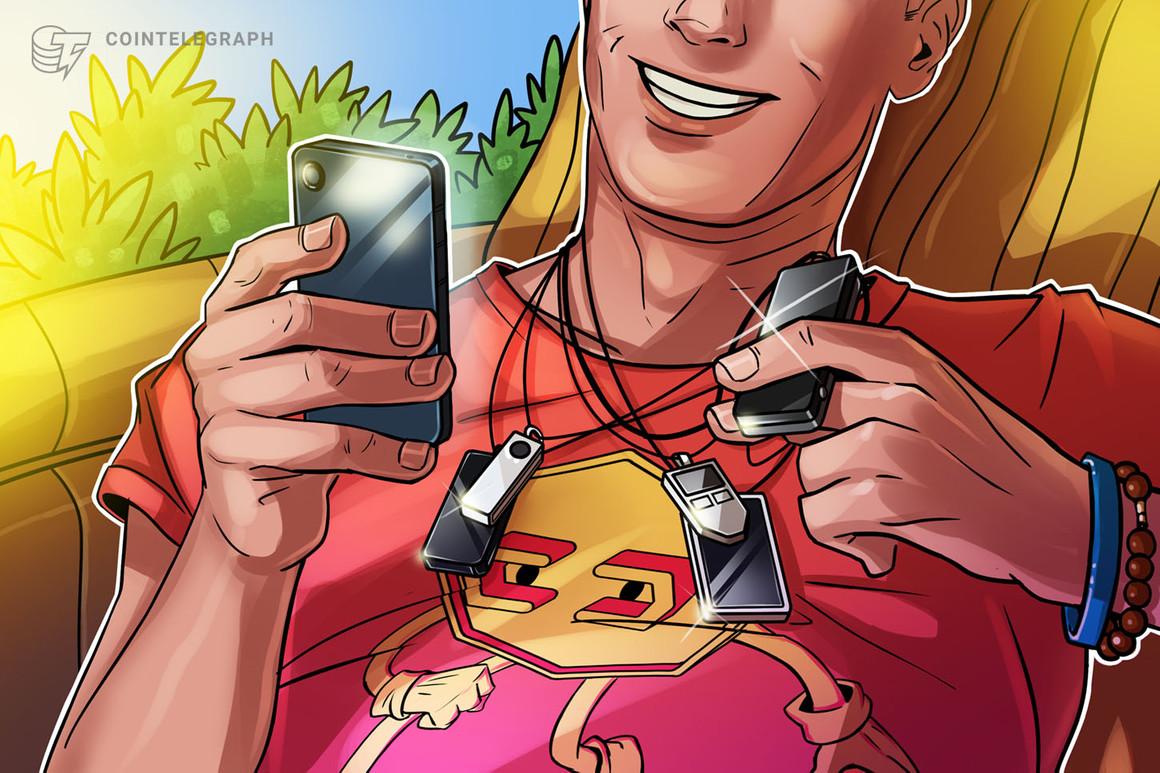 As cryptocurrency staking is growing increasingly popular, one may wonder about staking opportunities of not only crypto exchanges or software wallets but also hardware wallets.

By definition, staking allows investors to earn crypto without selling their holdings but rather by delegating crypto to a staking validator to support a blockchain. Originating from the word “stake,” the staking process refers to gaining profits and an associated passive income from crypto through a consensus mechanism known as proof-of-stake (PoS), as opposed to the mining-based proof-of-work (PoW) mechanism of Bitcoin (BTC).

Amid the growing popularity of PoS, staking has been growing quite popular on online crypto exchanges and software wallets, with many trading platforms actively adopting the feature. Some hardware wallet providers have been integrating the staking feature into their portable physical devices as well.

Ledger, a major hardware cryptocurrency wallet supplier, has been actively working on its crypto staking features since debuting staking in 2019.

On Monday, Ledger introduced staking for Solana (SOL), allowing investors to earn SOL by committing the cryptocurrency to support the Solana network.

Staking coins through a hardware wallet has a number of peculiarities compared to staking via software wallets or crypto exchanges, Alex Zinder, head of Ledger Enterprise, told Cointelegraph.

“The main difference between staking on a software wallet versus staking with a hardware wallet is security,” Zinder said, noting that hardware wallets remain the “safest way for users to maintain full control of their digital assets.”

In contrast to staking on crypto exchanges, staking via hardware wallets allows investors to own and control their crypto holdings truly, as well as offers the freedom to choose a validator, the Ledger executive said. On the other hand, staking with an exchange is easier because such type of staking requires fewer steps to follow, Zinder noted. “You don’t need the level of education required to choose between different validators,” he added.

Crypto always remains online, even on a hardware wallet

As hardware crypto wallets are designed to provide a form of offline storage for crypto, the process of staking coins via such wallets is sometimes referred to as “cold staking,” as opposed to “online staking” via exchanges.

At the same time, storing crypto on a hardware wallet doesn’t mean that crypto itself is offline, Zinder pointed out, stating:

“It’s critical for everyone to understand that your crypto always remains online on the blockchain even when utilizing a hardware wallet. When we talk about hardware wallets, we’re talking about private keys that are stored in a secured chip in the hardware wallet.”

“When signing a transaction, such as delegating your coins to a validator, that message is transmitted through the secure element, signed on the Nano, and then sent to the blockchain,” the exec added.

A hardware wallet is a type of noncustodial crypto wallet designed to grant the user full control of the owned crypto. Contrary to custodial wallets, noncustodial wallets remove the need to rely on a third party that could recover, freeze or seize the user’s crypto assets. This makes the user solely responsible for storing the private keys in order to access crypto holdings.

With a hardware wallet, the user gets a device to store a cryptocurrency wallet and private keys. However, the user still has to keep the private keys safely offline as well.

Why is Ethereum being outperformed by Bitcoin? Historical pattern changing in 2023

The biggest cryptocurrencies around the world in 2023