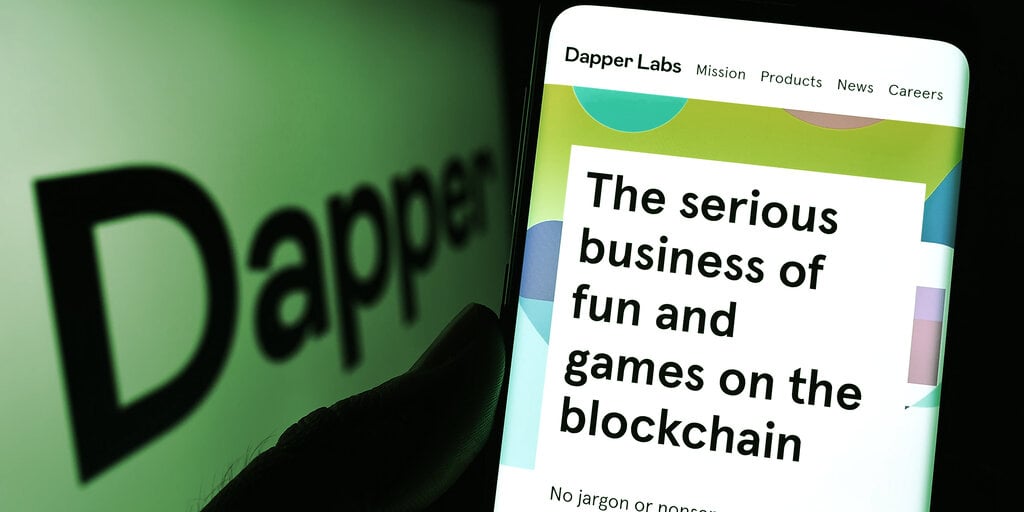 Roham Gharegozlou, Founder and CEO of Dapper Labs, announced late Wednesday that the well-known Web3 studio has reduced its team size by 22 percent.

“These reductions are the last thing we want to do, but they are necessary for the long-term health of our business and communities,” Gharegozlou wrote in a letter to employees posted publicly online. “We know web3 and crypto is the future across a multitude of industries… but today’s macroeconomic environment means we aren’t in full control of the timing.”

The CEO also said that the company grew too fast—from 100 to over 600 employees in less than two years—which prevented Dapper Labs “from being as aligned, nimble and community-driven as we need to be.”

“I take responsibility for that,” Gharegozlou said.

“Today is a difficult day at @dapperlabs as we said goodbye to some incredibly talented, thoughtful and selfless teammates,” Dapper Labs senior vice president of marketing Dave Feldman posted on Twitter.

Today is a difficult day at @dapperlabs as we said goodbye to some incredibly talented, thoughtful and selfless teammates. (1/2)

An NFT is a blockchain token that represents ownership in a unique item. They’re often used for digital goods such as artwork, sports and entertainment collectibles, and video game items.

In his team letter, Gharegozlou explained how the Dapper Labs leadership approached the layoffs, reviewing each business line to determine whether each initiative helped advance global mainstream adoption of Web3, and if it falls within what the company does best.

Dapper Labs was riding high during the crypto boom just a few years ago, launching the massively popular CryptoKitties project in 2017 and and later deploying the Flow blockchain to better facilitate NFT transactions. The company also recently closed several high-profile deals, including the football version of NBA Top Shot, dubbed NFL All Day, and developing NFT tickets with Ticketmaster.

Although not publicly acknowledged by the company, there were reports of an earlier round of layoffs at Dapper Labs four months ago, confirmed through sporadic reports by former employees on LinkedIn.

With today’s announcement, the company is emphasizing ways in which it plans to help those who lost their jobs.

“To support departing team members,” Gharegozlou wrote, “we have worked to create a package of benefits so you can receive compensation, health and other benefits from Dapper Labs while you seek your next opportunity.” Measures include three months severance, a public talent directory, resume and career coaching, and alumni support.

“If you ever come across someone with [Dapper Labs] on their resume, know that they will throw everything into their work, will care deeply about their team and were one of the first to recognize and shape where the world is undeniably heading,” Feldman echoed on Twitter. “You’d be lucky to have them on your team.”

The company did not publicly disclose how many employees were affected. Dapper Labs has not yet responded to a request for comment from Decrypt.

How to Move Bitcoin, Ethereum and Other Crypto to Self-Custody

Focus on the tech, not the price