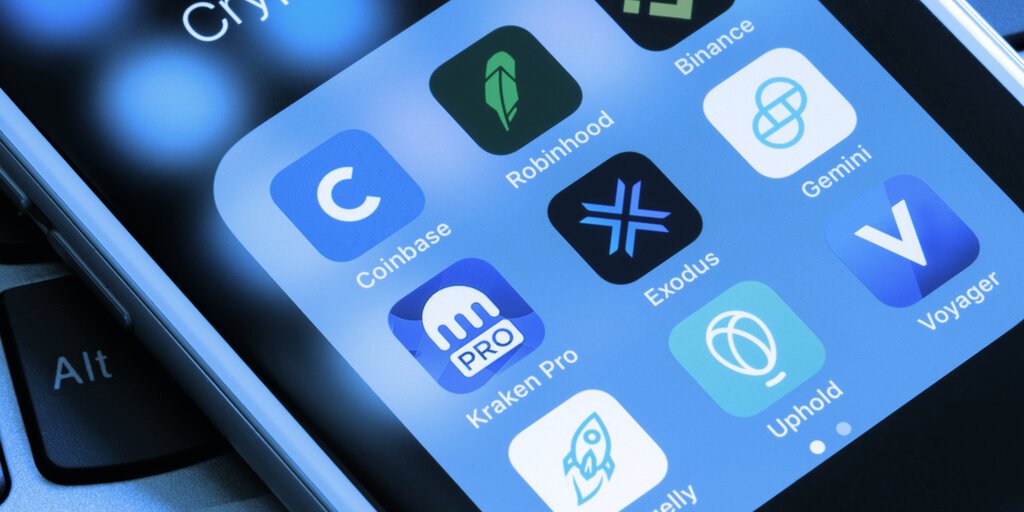 Coinbase executives blew off suggestions the company team up with Robinhood.
On an earnings call, the company made clear it intends to stay the course in building for the long term.

Coinbase delivered disappointing results on Tuesday, causing its stock to plunge, but top executives suggested on an earnings call that the company has no major moves planned—such as acquiring or merging with Robinhood.

COO Emilie Choi gave short shrift to the idea of a tie-up with the trading app, a topic that was the most upvoted item on a discussion board for investors that Coinbase uses to inform its investor calls. (The idea is seen by some as a quick way for Coinbase to offer stock trading, which is at the heart of Robinhood’s business.)

“We are a crypto company, crypto is in our DNA and everything we do is in service of building the crypto economy and increasing economic freedom, so we don’t plan on offering traditional securities unless it would massively accelerate crypto adoption,” said Choi.

Instead, Choi talked up the numerous investments made by the company’s venture capital arm, which have given it a stake in many of the leading firms in Web3, such as Alchemy and Uniswap.

Choi implied those investments will strengthen Coinbase’s long-term financial and strategic position—a view that may prove accurate given how, in an earlier era of the web, the likes of Microsoft bought stakes in once up-and-coming companies like Facebook.

While its venture investments may provide a long-term bonanza, the company is also likely to face increasing pressure from shareholders frustrated with the free-fall of its stock price, which tumbled as low as $61 in after-hours trading—a far cry from the $350 levels that followed Coinbase’s public debut last year.

Coinbase’s executives, however, appeared unperturbed with the company’s recent financial performance, saying they have no plans to conduct layoffs despite posting the first quarterly loss as a public company.

Haas and CEO Brian Armstrong also reiterated Coinbase’s longtime mantra of building for the long term, and noted that the company’s large amount of crypto under custody as well as its strategic relations serve as a “moat” against competitors.

In response to a question about Coinbase’s cloud services, Armstrong said the company has come to furnish many of the tools it built for internal use to third parties—putting it in position to stack “pick and shovels” businesses atop its current operations.

Armstrong added that Coinbase has navigated a number of crypto market downturns in the past, and that the company has no intention to “pivot.” He said newer employees will benefit from experiencing firsthand how crypto is a cyclical business.

The bottom line is that Coinbase, despite its disappointing earnings and share price performance, appears set on staying the course—whether its shareholders like it or not.

AMC CEO Reveals the Total of Crypto Payments Made in Q1