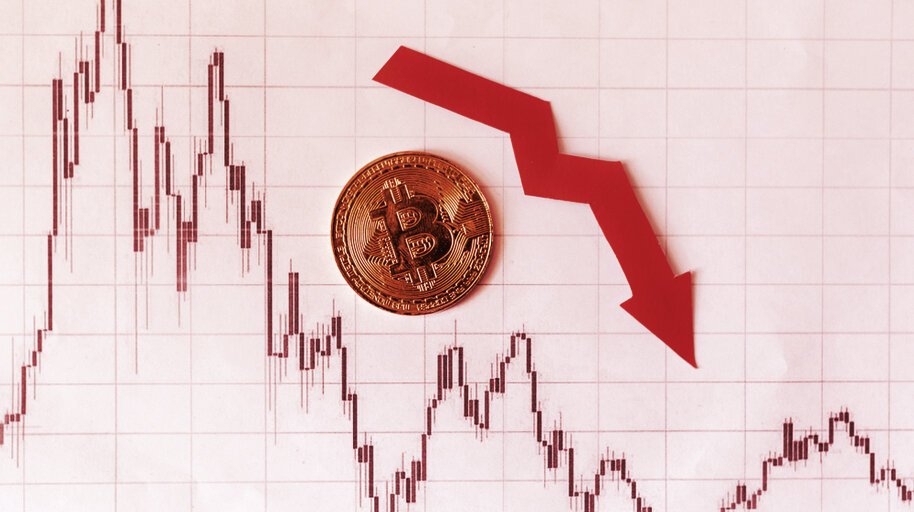 Before its bearish turn, the top cryptocurrency by market cap surged past $45,000 for the first time since January. Market sentiment grew bullish among traders and analysts alike, while enthusiasm over Terra’s plans to build a $10 billion Bitcoin reserve further rallied the community.

But this month tells a different story. As Bitcoin’s price plunged to lows unseen since late 2020, Terra’s ecosystem all but collapsed as the TerraUSD (UST) stablecoin lost its peg to the dollar, and the LUNA governance token’s price fell to zero. Meanwhile, the Luna Foundation Guard (LFG) dumped 99% of its 80,000-plus Bitcoin on the market in a fledgling attempt to shore up UST.

In March, the Bitcoin Fear and Greed Index—a rough measure of Bitcoin community and market attitudes—flipped to greedy (a score of 55-plus) for the first time since November. Today, the index shows “extreme fear” at only 14, compared to November’s colossal high of 84.

Analysts are mixed on whether Bitcoin has reached bottom. Will Clemente, lead insights analyst at Blockware, said he believes the asset has likely reached a “multi-generational” bottom based on multiple indicators, including a fast-approaching “realized price.” (Realized price is the average cost basis of all Bitcoin purchased thus far, only last visited for a brief time in March 2020.)

Researchers at Huobi Research Institute remain bearish. “The market bottom has yet to come, and value investors should hold off on buying,” HRI said in a report last week. One researcher, Barry Jiang, predicted the price will drop to somewhere between $20,000 and $25,000 before recovering.

The 10 most expensive NFTs sold to date